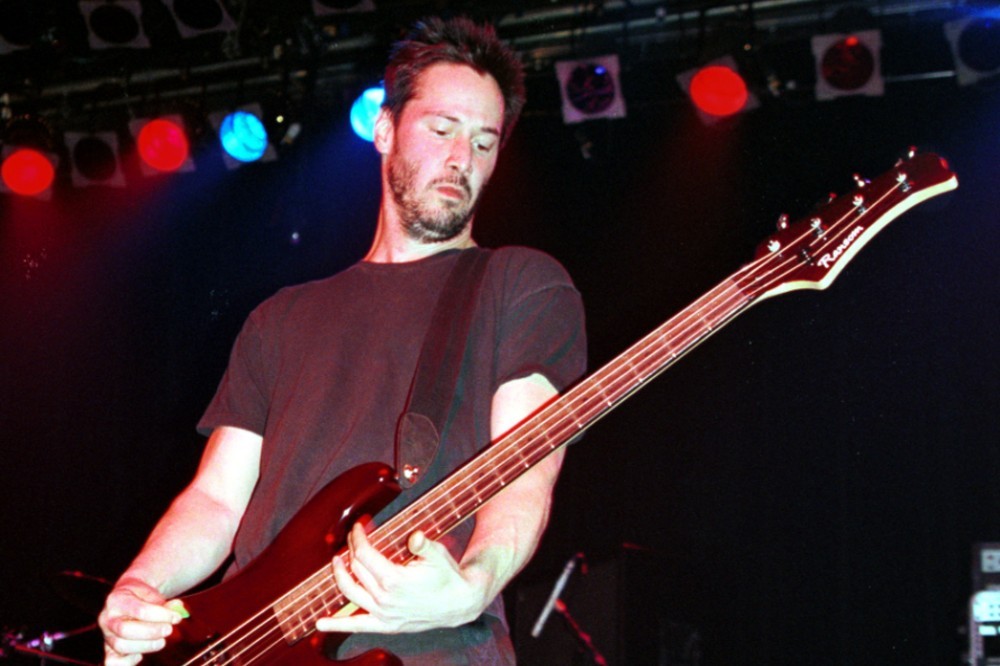 Keanu Reeves took us all on a ’90s nostalgia trip during a recent interview with GQ  when he mentioned his old band Dogstar.

The group began in 1991 when Reeves complimented drummer Robert Mailhouse’s Detroit Red Wings hockey sweater and stayed together, on and off, until 2001. They were largely dismissed as another pointless vanity project of a Hollywood actor despite putting out adequate, if not particularly interesting alt-rock. Reeves admits to feeling bad about the undue scrutiny his celebrity placed on the band before adding: “I guess it would have helped if our band was better.”

Reeves also shared a fond memory from when Dogstar was inexplicably booked at the 1992 Milwaukee Metal Fest, alongside acts like Agnostic Front, Cannibal Corpse, Obituary, and Deicide.

“We were like, ‘They hate us. What are we doing here? What can we do? Let’s do the Grateful Dead cover…They were just like, Fuck you, you suck. I had the biggest grin on my face, man.”

Reeves didn’t remember which song they played, but the band’s setlists seem to point to it being “New Minglewood Blues.”

Of course, when you have a movie career to fall back on, it’s probably easier to take eating shit in front of thousands of aggressive metal fans in stride. Despite touring with Bon Jovi and opening a show for David Bowie (and making music history by having a little unknown band named Weezer open for them in 1992), Dogstar never really broke through, but at least they got to troll a football field full of Cannibal Corpse fans with a Dead cover.