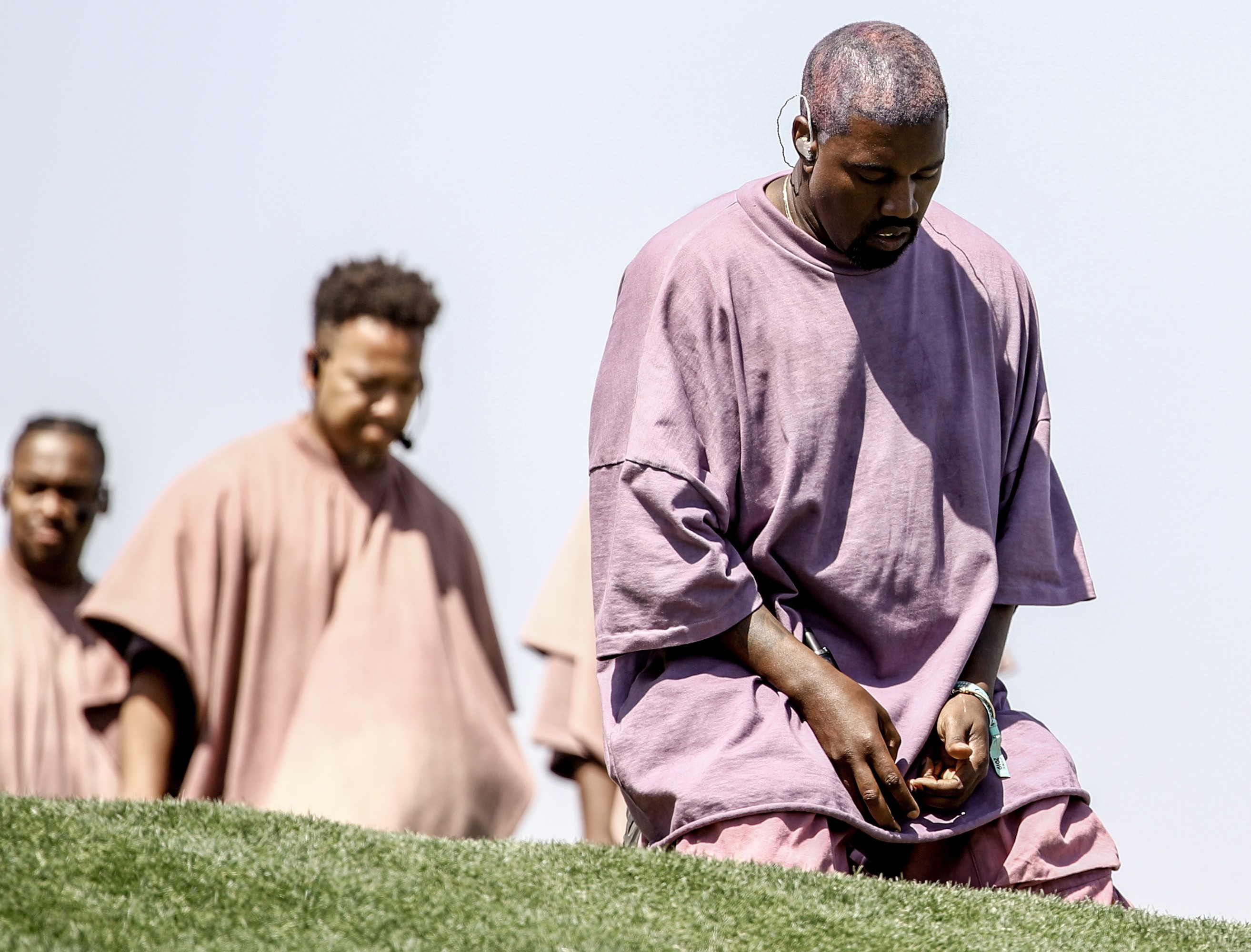 As you may have heard, Kanye West performed yesterday morning with a gospel choir, dancers, and some famous friends on a makeshift hill near Coachella’s campgrounds. West framed the 9 a.m. set as the Easter installment of his church-ish “Sunday Services,” a run of shows this year featuring gospel covers of his catalogue, set at private locations in Los Angeles County’s tony San Fernando Valley. Here is how TMZ covered the Coachella performance:

The numbers for Kanye West’s Sunday Service are officially in … and an astounding 50,000 festival-goers woke up early to go and watch the ceremony.

The report, headlined “Kanye West 50,000 People Attended Sunday Service,” cites “Coachella production sources” who apparently revealed that “organizers just tallied everyone who attended.” For context, TMZ writes, “Coachella averages about 100k total attendees every weekend, so for half to show up just for ‘Ye is a really big deal.”

Here are a few photos of the crowd in question:

TMZ’s article, which claims reviews of the performance have been “insanely positive,” also describes the hill on which West performed as a “massive man-made mountain.” Here is a photo of said mountain, set for comparison against an actual mountain range: 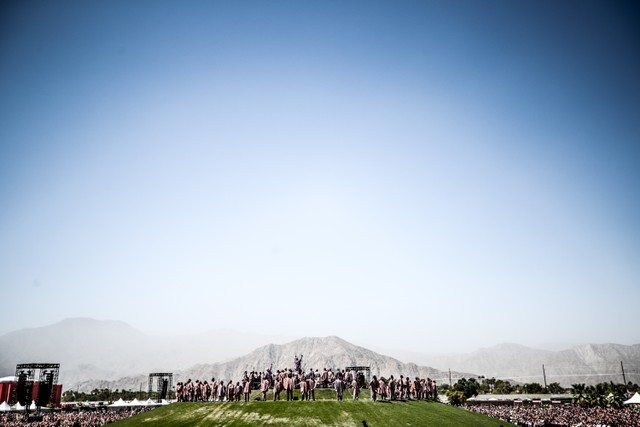 Does this story remind anyone else of something?