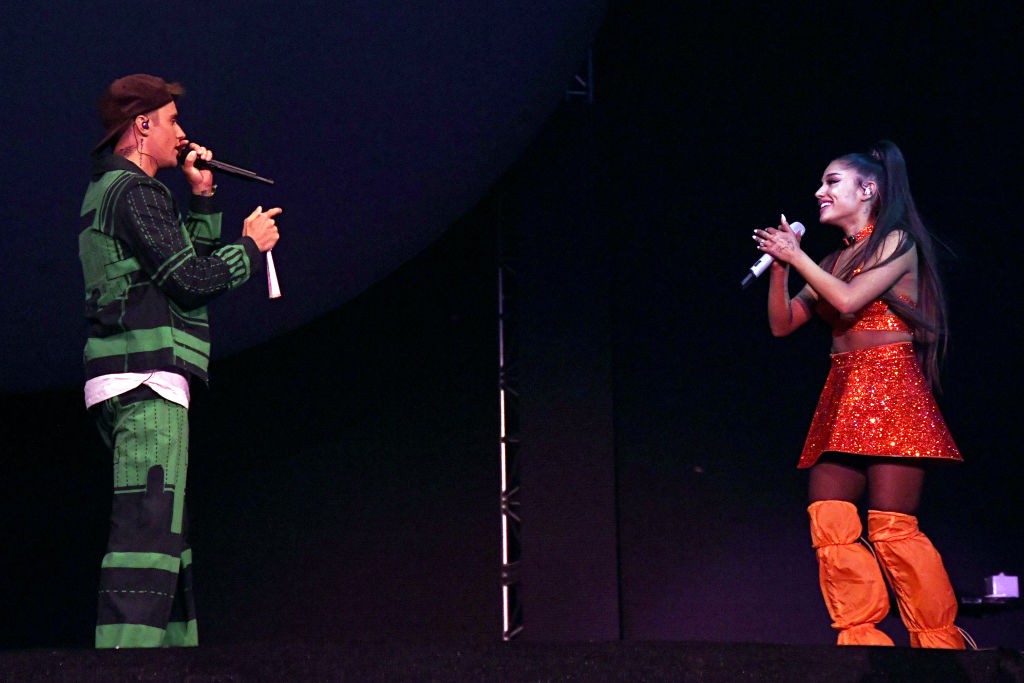 Justin Bieber returned from a two-year stage hiatus to perform during Ariana Grande’s second Coachella set last night. “I wasn’t going to bring out any guests tonight,” Grande said before the cameo. “But my friend Justin Bieber came all the way out.” Bieber then gave a seemingly haphazard performance of his 2015 Purpose single “Sorry” for the festival crowd. Grande harmonized with him in the chorus and danced next to him, as Bieber struggled a bit to hit the high notes.