It’s been almost six years since Holy Ghost!’s last LP, Dynamics. Recently, they’ve been slowly teasing a new collection, due for release on the iconic disco label West End Records. (It will be the first new material released via the label in over 30 years.) In October, there was an early tease via “Anxious,” and back in February, the group shared “Epton On Broadway (Part I & II).” Today, they’ve officially announced their third LP, Work, and unveiled another new single titled “Escape From Los Angeles.”

Though the new Holy Ghost! material is dominated by as many lush and precise synth layers as before, Work was actually the result of honing in on a few essential tools after the group abandoned their Brooklyn studio and moved into a shared space with other musicians. “Not necessarily the bare necessities, but what would make for the most interesting limited palette,” Nick Millhiser says, describing how the band made Work with just two synthesizers at first. “David Bowie didn’t have every fucking synthesizer on Earth to make Low. He had two. And that’s one of my favorite synth records of all time.”

Work features contributions from an array of like-minded peers: Sinkane, Holy Ghost!’s DFA compatriots Juan Maclean and Nancy Whang, Rob Moose (Bon Iver, Paul Simon, David Bowie), and Alex Epton (Neon Indian, David Byrne). It also features some striking artwork, an image from Wheatfield — A Confrontation: Battery Park Landfill, Downtown Manhattan — The Harvest, 1982, the work of conceptual artist Agnes Denes. Alex Frankel had more to say about the inspiration behind that and how it relates to the album:

We’ve been obsessed with images of The Harvest for years. On a purely visual level, it’s infinitely surreal and beautiful. On a more conceptual level, as artists born in NYC the same year the field was planted, we’ve been drawn to it as statement about the value of process: You simply make something here, you plant the field, you do the “work,” and then over time its meaning changes shapes along with the city and world around it. We are eternally grateful to Agnes for giving us this image to use as the cover for our third full-length album. And we could not be more proud to be releasing this album on West End Records. 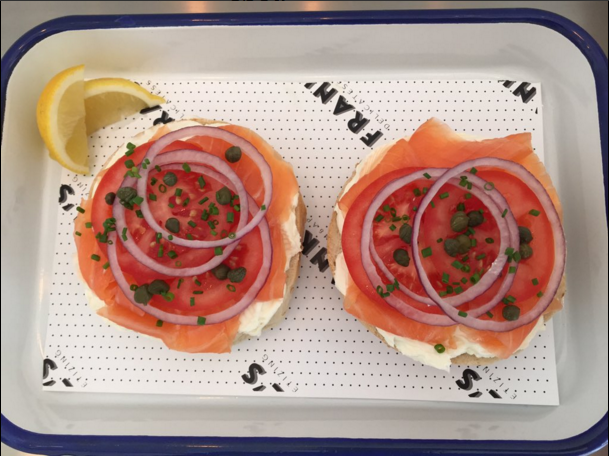 “Escape From Los Angeles” serves as Work’s closer. Fittingly, it sprawls out over a patiently propulsive seven-plus minutes. All the customary Holy Ghost! elements are perfectly aligned here, the disco squiggles and analog dance vibes and enveloping synth tones. Between that and the vocal melodies, it has a kind of blissed-out feeling to it overall. Check it out below.

Work is out 6/21 via West End Records. Pre-order it here.