Her Smell Soundtrack To Be Released on Vinyl 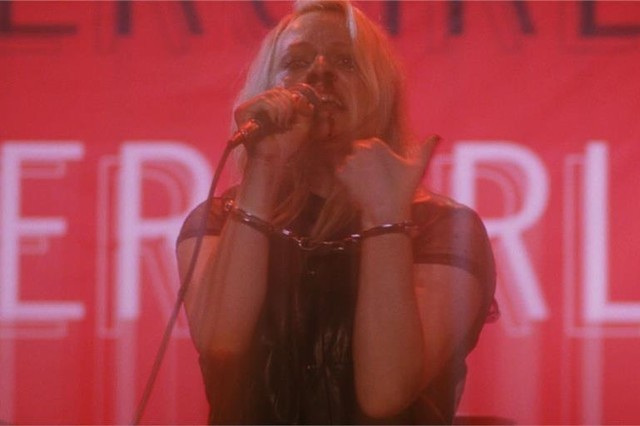 The soundtrack to the recent rock’n’roll film Her Smell is coming to vinyl later this year. Written and directed by Alex Ross Perry, the film follows the songwriter Becky Something (Elizabeth Moss) through her career with the fictional punk band Something She. The film’s original score was composed by Keegan DeWitt, known for his work on mumblecore classics like Quiet City and Dance Party USA, as well as more recent films like 2014’s Listen Up Philip.

The soundtrack will be pressed on two 180-gram LPs on pink and black vinyl, as well as an accompanying 7″ EP on white vinyl. The 7″ features a collection of songs performed by the film’s band Akergirls, as well as two songs performed by Elizabeth Moss in character as Becky Something. Released by Waxwork records, the vinyl packaging will also include liner notes written by Elizabeth Moss and Alex Ross Perry, as well as a physical insert and digital copy of the album.

The vinyl double-LP is currently available for preorder, and is expected to ship in May. Listen to the score below, and revisit our review of the recent punk film here.

The Incendiary Her Smell Is About More Than Punk Nihilism