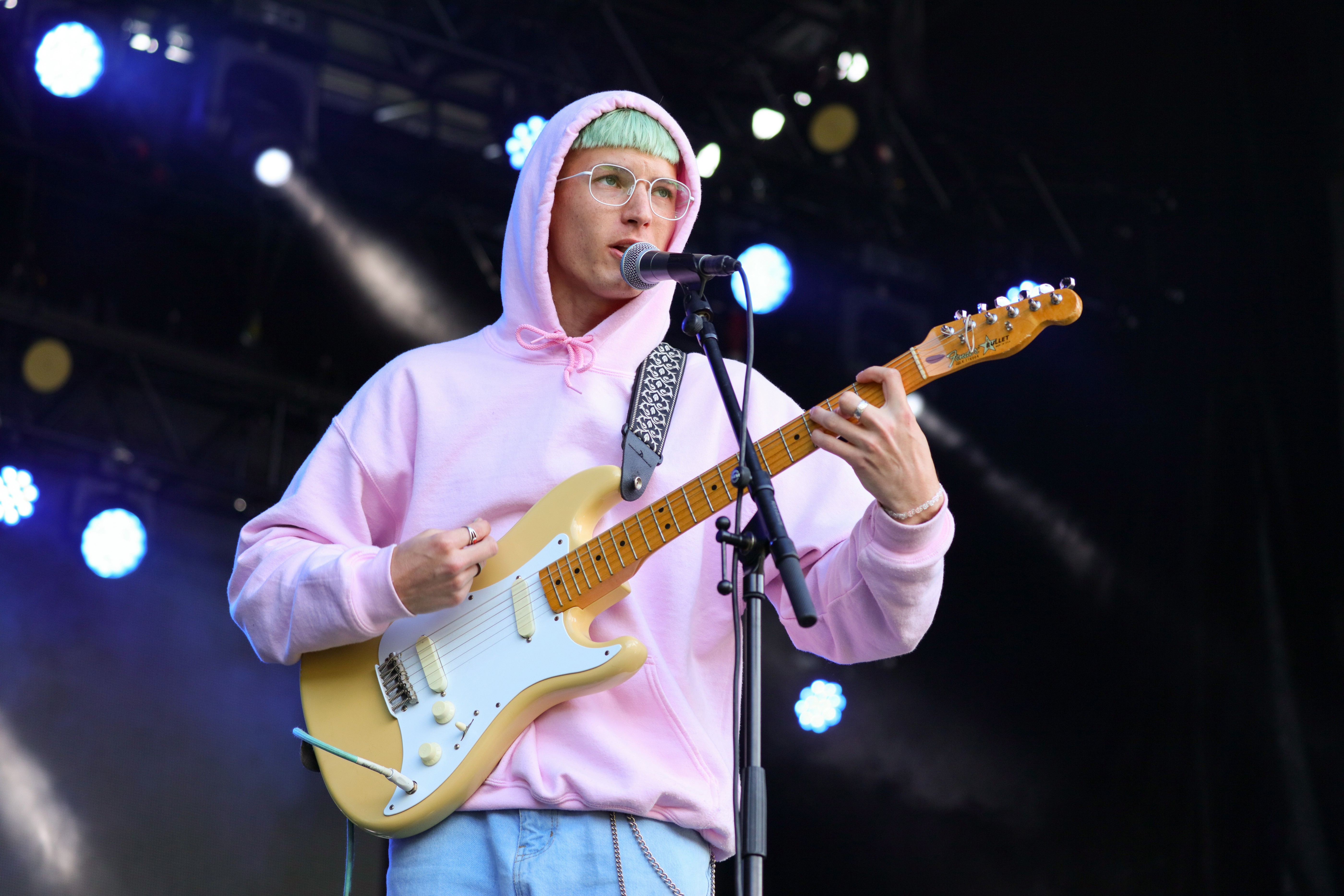 Gus Dapperton’s debut album Where Polly People Go To Read is out now via AWAL Recordings. The release follows recent singles “World Class Cinema,” “My Favorite Fish,” and “Fill Me Up Anthem,” all of which appear in the album’s final tracklist. Dapperton is set to play an album release party this Saturday at Elsewhere in Brooklyn. Later this year, he’ll play a series of festivals across Europe in support of the new album. He’s also playing Firefly Festival in Dover, Delaware in late June.

In a 2018 interview with The FADER as part of their Gen F series, Dapperton offers insight into how he approaches writing lyrics: “It’s just words that describe moments in time. It’s like phrases that are titles to a moment in time. I guess they mean more to me than some other people, because they’re very specific. But, I also try to keep my songs fairly vague so people can copy and paste their emotions into the songs as well.” Dapperton continues, “Sometimes [the lyrics are] literal experiences and sometimes they’re just metaphors that summarize a moment in time.”

Stream Gus Dapperton’s album Where Polly People Go To Read in full below, and find tickets for upcoming shows on his site.