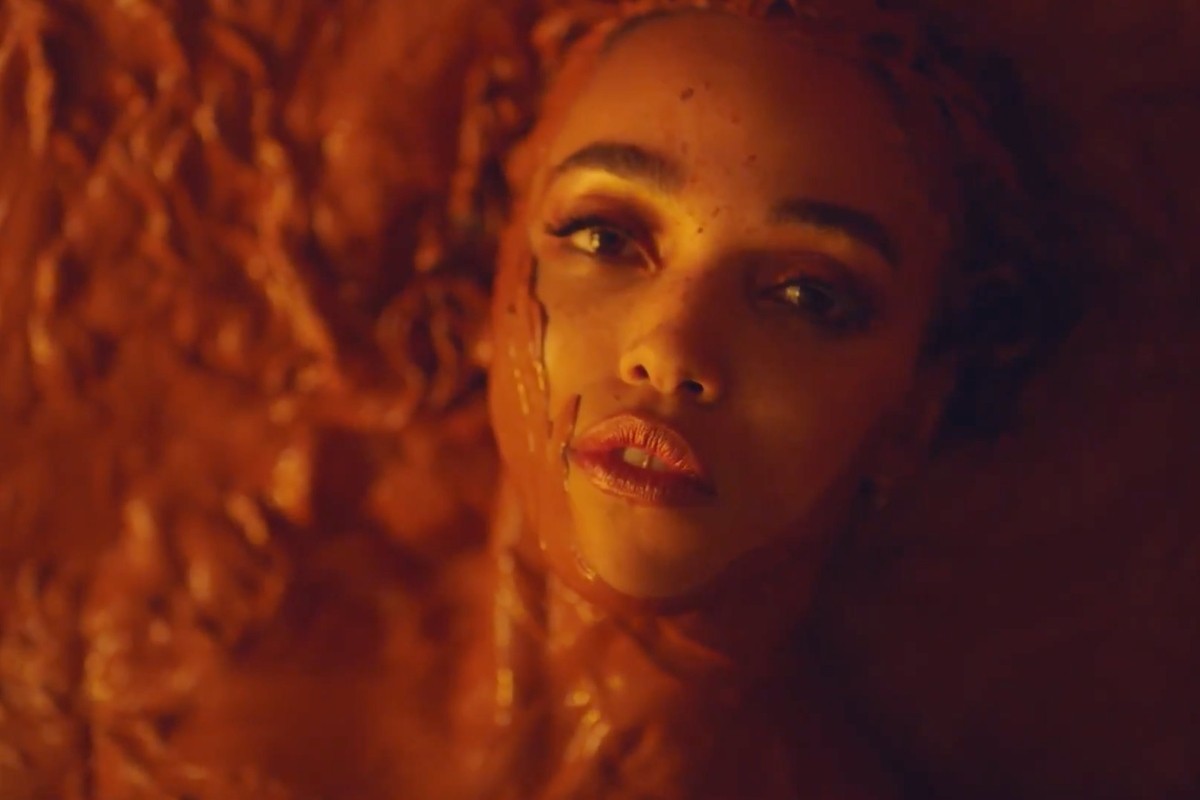 British art-pop singer FKA Twigs has returned with an understated new single titled “Cellophane.” The track, which the singer co-produced with Michael Uzowuru and Jeff Kleinman, is a piano ballad with a minimal beatboxed rhythm, a stark departure from her breakout work’s metallic digital textures. It’s Twigs’ first solo single since 2016 and serves as the lead single for her newly announced and yet untitled second album, a follow-up to her acclaimed LP1.

Twigs also shared an accompanying video directed by frequent Björk collaborator Andrew Thomas Huang. The clip follows Twigs as she pole-dances in a room that melts away, plunging her down through abstract space until she lands in a pit of mud, which two masked figures proceed to rub on her body. The singer last appeared in A$AP Rocky’s similarly surreal November video “Fukk Sleep.”

A release date for Twigs’ next LP has not been revealed, although she has announced a set of tour dates starting next month and wrapping at Afropunk Brooklyn in August. Watch the “Cellophane” video below.