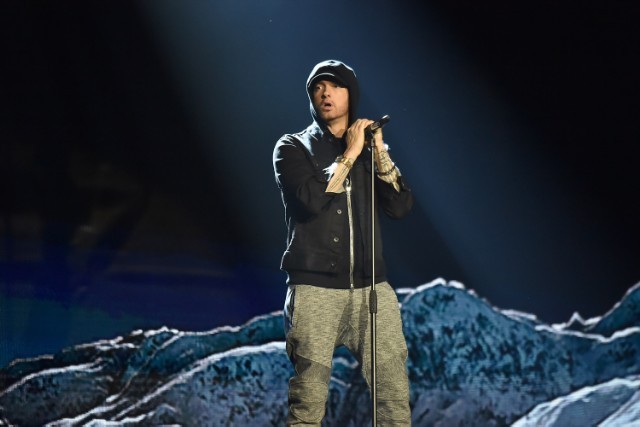 Before “stanning” your favorite celebrity became typical slang among social media and meme culture, Eminem introduced the world to the term in his 2000 hit, “Stan.” Now, the word has officially been added to Merriam-Webster as both a noun and a verb.

The dictionary announced the news on Twitter on Tuesday (April 23). According to Merriam-Webster, a “stan” is defined as “an extremely or excessively enthusiastic and devoted fan,” and the verb is “to exhibit fandom to an extreme or excessive degree: to be an extremely devoted and enthusiastic fan of someone or something.” This marks the second time “stan” has been added to the dictionary–in 2007, the Oxford English Dictionary included the word in its definitions.

'Stan' has been added as both a noun and a verb. https://t.co/Dal0N79sAU pic.twitter.com/q1kBkKR1rn

For those who haven’t heard “Stan,” Eminem creates a crazed fan who writes him continuous unanswered letters, which get increasingly fanatic and angry until, ultimately, Stan commits suicide. “I know you got my last two letters/I wrote the addresses on ‘em perfect/So this is my cassette I’m sending you, I hope you hear it/I’m in the car right now, I’m doing 90 on the freeway/Hey Slim, I drank a fifth of vodka, you dare me to drive?” Stan writes in his final letter. Listen to the song below.