Don Jr.’s Idiocy May Have Saved Him From Getting Arrested in Russia Probe 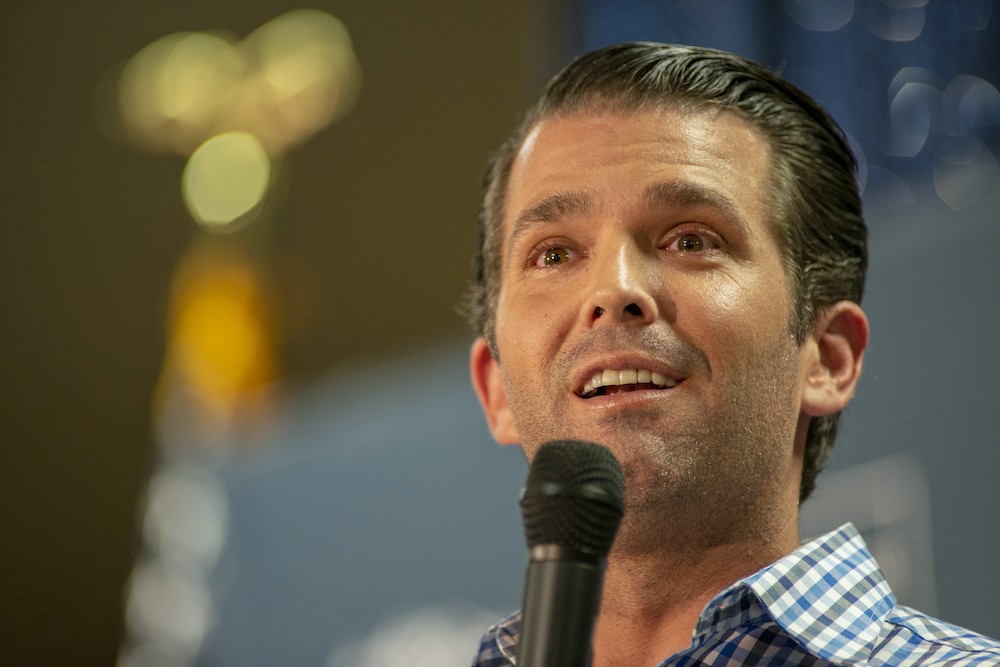 Back in July, long before today’s release of Special Counsel Robert Mueller’s report on Russian interference in the 2016 presidential election, the world learned that Donald Trump Jr. had arranged a meeting with a Kremlin-linked Russian government official to receive documents supposedly containing dirt on Hillary Clinton for use in the Trump campaign. Plenty of experts believed that this constituted a violation of campaign finance laws against soliciting contributions from foreign nationals, but neither Trump nor his fellow meeting-attender Jared Kushner ever faced criminal action. (Paul Manafort, who was also there, was arrested and convicted, but not for this.) Why not? The Mueller report provides a pretty hilarious answer:

“The office did not obtain admissible evidence likely to meet the government’s burden to prove beyond a reasonable doubt that these individuals acted ‘willfully,’ i.e., with general knowledge of the illegality of their conduct,” it reads in part. In other words, because they may have been too dense to understand that what they were doing was against the law, we can’t charge them with a crime.

You may be wondering why this line of argument didn’t work for you, when you told that jerkoff cop you thought it was perfectly legal to run through the streets fully nude with a trash bag full of cocaine. Since when does ignorance of the rules a valid defense for breaking them?

Lucky Don Jr.: saved by his own idiocy.