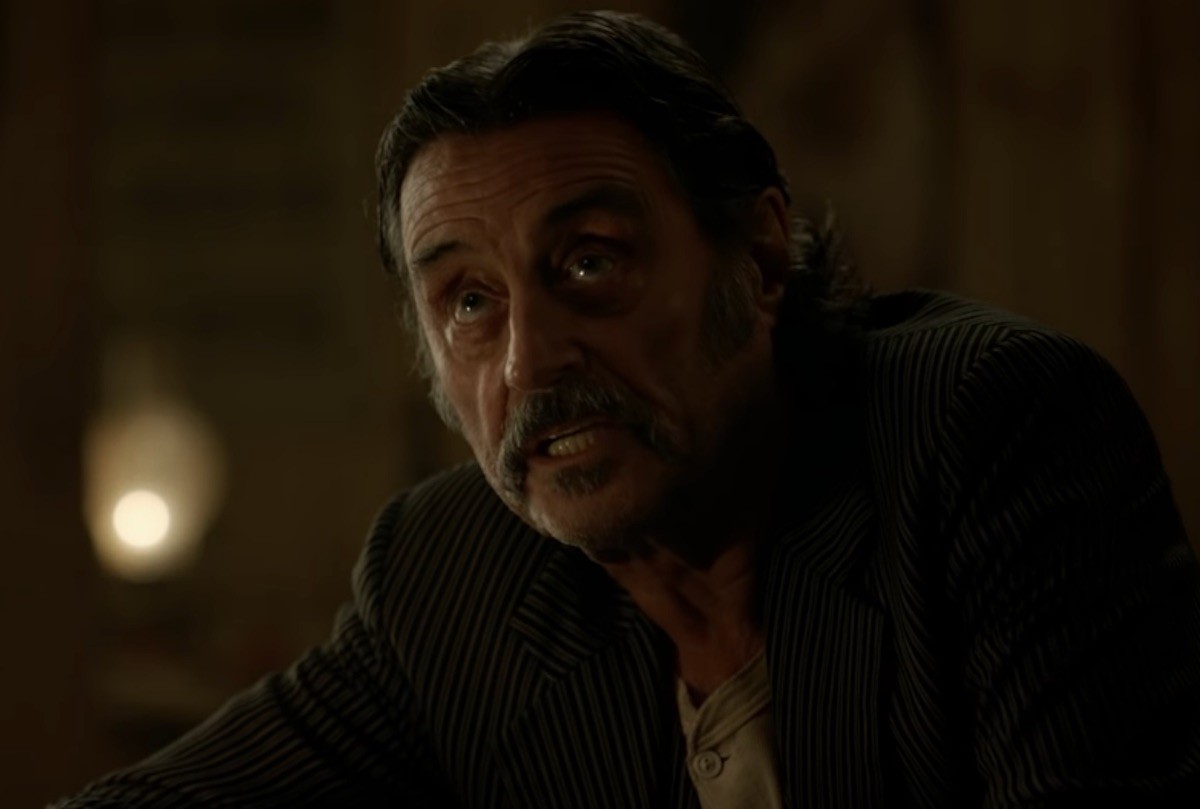 David Milch’s Deadwood is thought of as one of the greatest television shows ever made, and since it was unceremoniously canceled in 2006, fans have clamored for a resolution to the series. Both Milch and HBO have spent most of the decade-plus promising a TV-movie followup, but it seemed to be going nowhere until 2017, when news broke that a script for the movie had been delivered. Not long later, casting and finally shooting began for the project.

Today, the first full trailer for Deadwood: The Movie was released, instantly transporting you back to the show and its brilliant cast of characters, including Ian McShane’s Al Swearengen, Timothy Olyphant’s Seth Bullock, and Molly Parker’s Alma Ellsworth. It’s also full of swear words, basically servicing the fans who’ve anticipated this return.

According to Variety, the film takes place 12 years after the series ended in 1889, when the characters have reunited to celebrate South Dakota achieving statehood. The film synopsis states that “former rivalries are reignited, alliances are tested and old wounds are reopened, as all are left to navigate the inevitable changes that modernity and time have wrought.” The movie was directed by Daniel Minahan and premieres on HBO on May 31.

In a recent interview with New York magazine, Milch revealed that he had been diagnosed with Alzheimer’s about a year ago, adding a somber note to the closing of his acclaimed series. Watch the trailer below.

HBO Exec Confirms Deadwood Movie Will Shoot in the Fall, Air Next Year