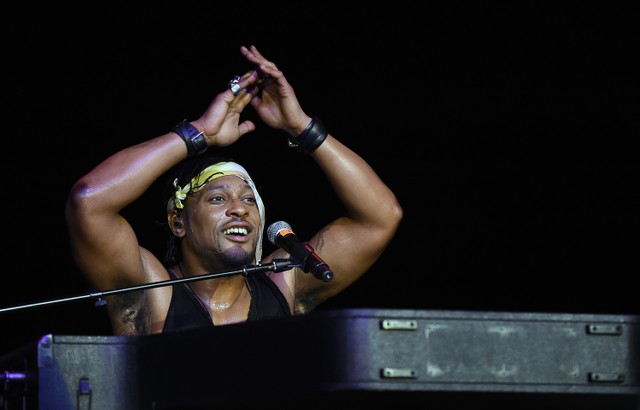 D’Angelo’s 2014 comeback album Black Messiah, which followed a 14-year hiatus, is one of the great stories in modern music. The recording of that album and the aftermath of D’Angelo’s classic 2000 record Voodoo are the subject of a new documentary about the singer. Devil’s Pie: D’Angelo, directed by Dutch filmmaker Carine Bijlsma, covers D’Angelo’s struggles with substance abuse, the loss of family members, fame, and his recovery from a major car accident. The documentary also includes footage from his 2015 Second Coming tour.

The film premiered over the weekend at New York’s Tribeca Film Festival, and the first trailer debuted today. No release date for the project has been announced yet. Back in October, D’Angelo released a new song, “Unshaken,” that was included in the video game Red Dead Redemption 2. Watch the trailer for Devil’s Pie: D’Angelo below.