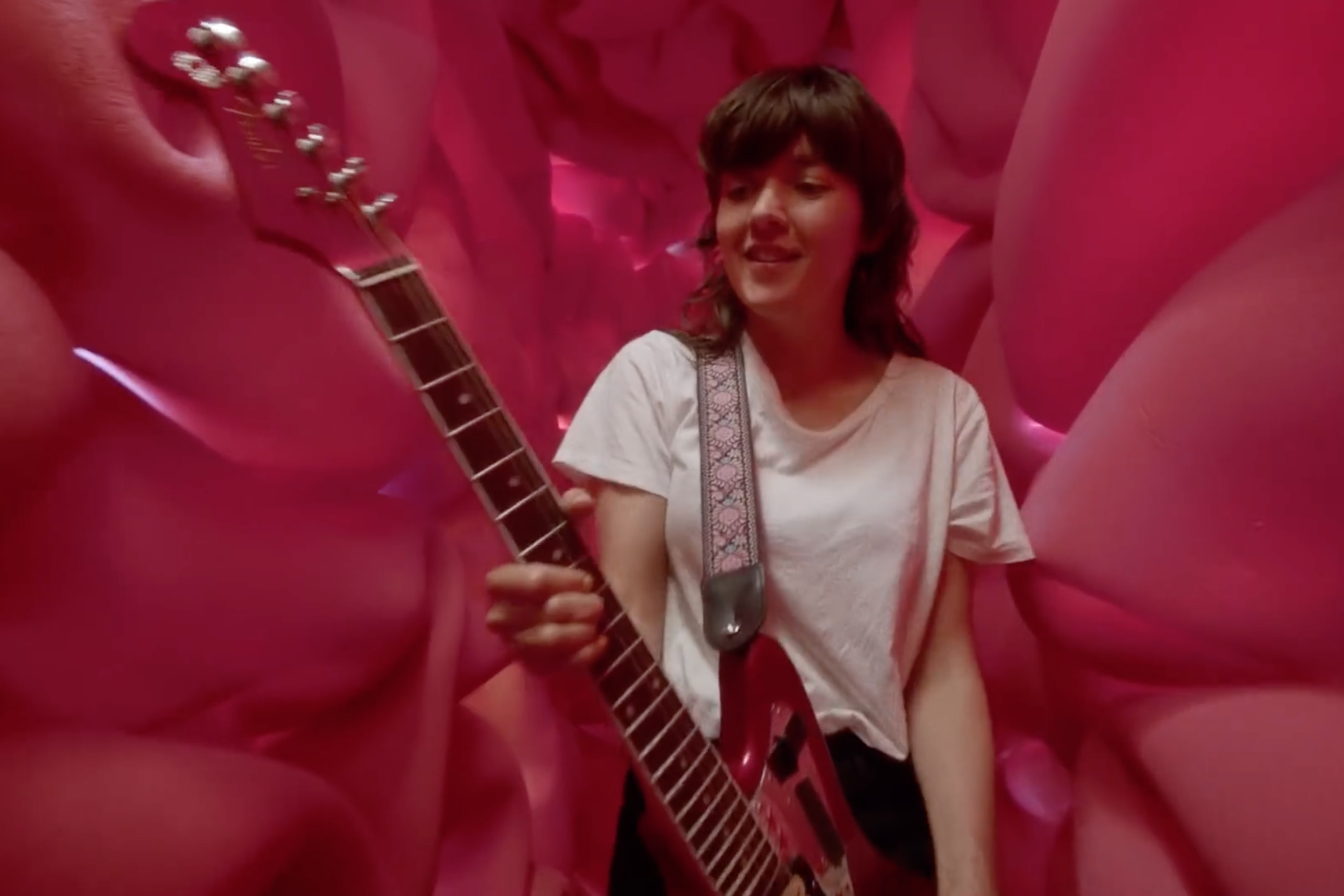 Last week, Courtney Barnett shared a new one-off single titled “Everybody Here Hates You” as a Record Store Day exclusive. The track is very much in keeping with the musical and thematic tone she’s established over the past few years; like Barnett’s 2018 album Tell Me How You Really Feel and its predecessor Sometimes I Sit and Think and Sometimes I Just Sit, “Everybody Here Hates You” tracks anxiety in tightly-coiled indie rock, with lyrics among Barnett’s most pointed to date (“I feel putrid, I’m getting used to it these days”). Said Barnett about the song: “[It’s about] some sort of social anxiety that then morphs into paranoia and a level of sadness and depression.”

Now, Barnett has shared a new music video for the track. Doubling down on the bluntness of the song’s title, the video for “Everybody Here Hates You” literalizes the lyrics with a trip into Barnett’s brain. After zooming straight through her skull, we see Barnett and her band playing the song inside her head, singing that refrain: “You said ‘It’s only in your head’ / They’re probably thinking the same thing.” The brain slowly caves in over the course of the video, eventually absorbing Barnett and bandmates in a kind of Star Wars trash compactor situation. Watch the new music video for “Everybody Here Hates You” below.