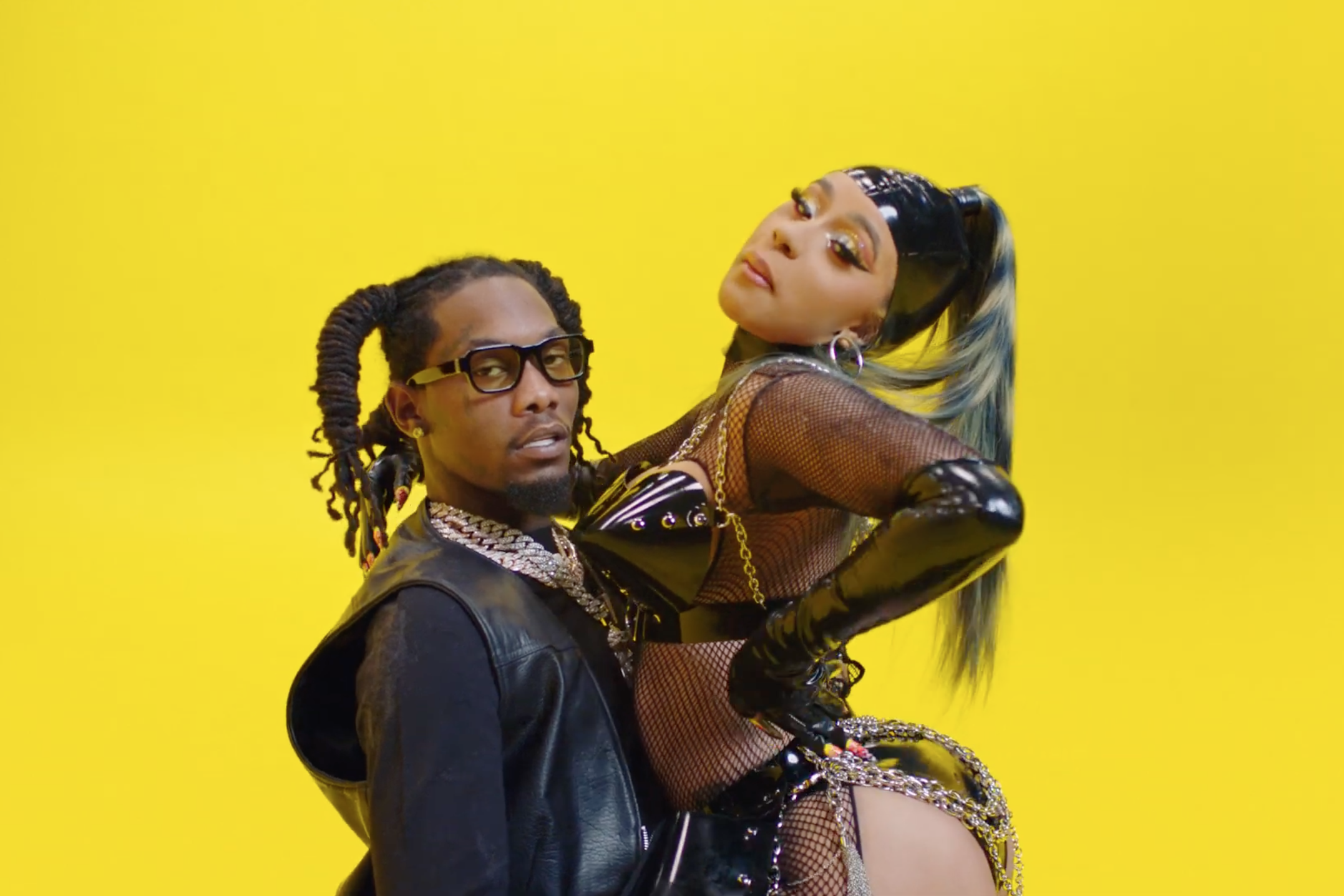 On-again-off-again hip-hop power couple Cardi B and Offset have released a new music video for their recent song “Clout.” The track appeared on Offset’s solo album Father of 4, which was released this February as the third of three Migos solo albums (following Takeoff’s The Last Rocket and Quavo’s Quavo Huncho, both released last fall). In addition to Cardi B, Father of 4 also featured contributions from Gucci Mane, Travis Scott, 21 Savage, Gunna, Cee Lo, and J. Cole, among others. The music video for “Clout” was directed by Daniel Russell, with “creative direction” coming directly from Offset.

Offset hasn’t been terribly active since the release of Father of 4, and a spate of personal troubles late last year involving his relationship with Cardi B. Cardi has of course been thriving: she got plenty of mileage off her single “Money” (released back in October), and joined Bruno Mars on the collaborative single “Please Me” earlier this year. Cardi and Bruno Mars have since released a music video for “Please Me;” Cardi also performed “Money” at this year’s Grammy Awards, right before picking up the Best Rap Album award for her excellent 2018 album Invasion of Privacy. Watch Offset and Cardi B’s new music video for “Clout” below.

Will Gottsegen
Tags: Cardi B, offset