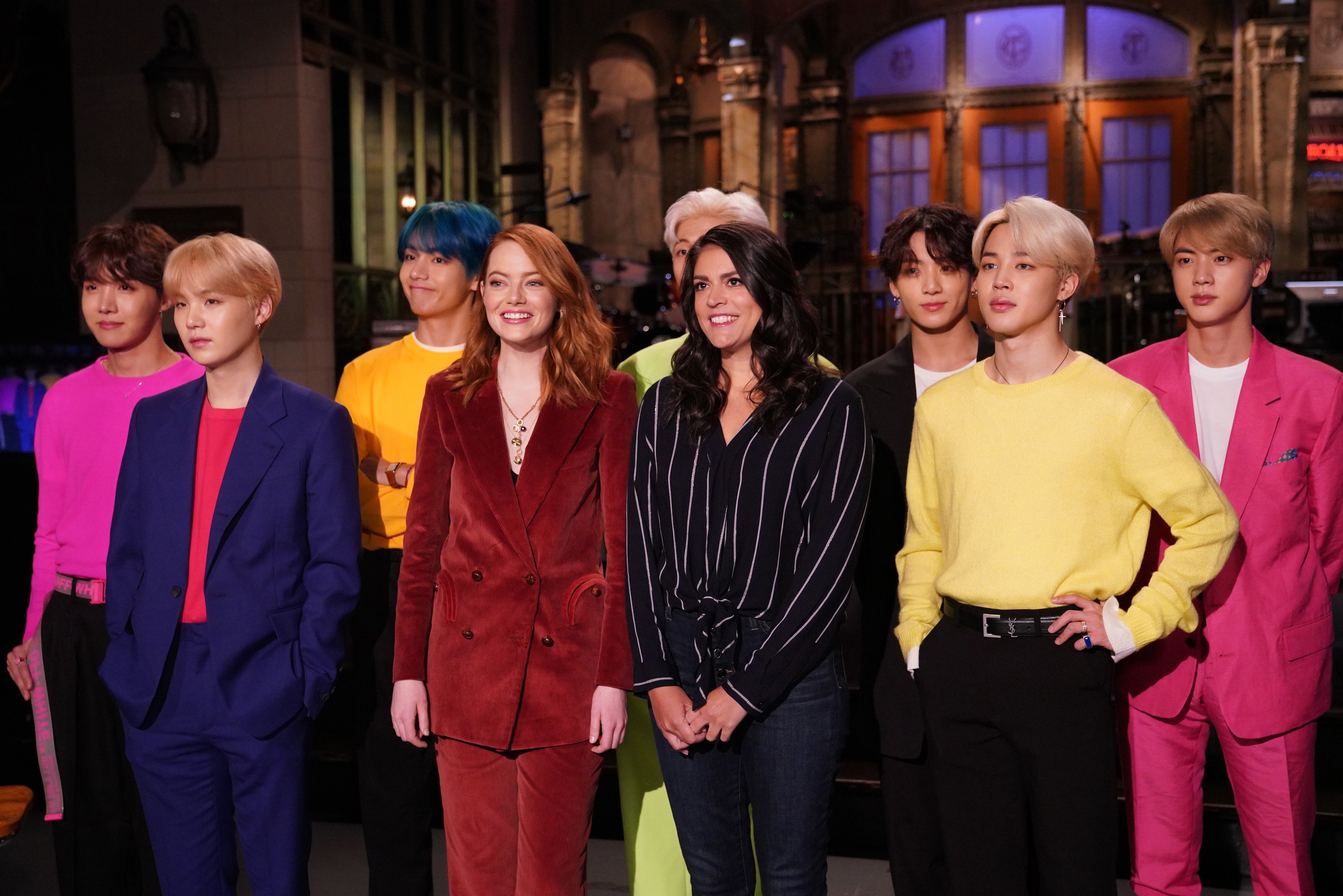 K-pop superstars BTS were the musical guests on last night’s episode of SNL, marking their first-ever appearance on the show. The Emma Stone-hosted episode saw the group perform two songs: “Mic Drop” and “Boy With Luv.” Noticeably absent from their “Boy With Luv” performance was Halsey, who has a guest verse on the recent Map of the Soul: Persona version of the song.

BTS’ latest album Map of the Soul: Persona was released this week. The group announced an upcoming world tour in February, which kicks off this May in Los Angeles and wraps up in Shizuoka, Japan this July. The new release follows their chart-topping albums Love Yourself: Tear and Love Yourself: Answer from last year. Check out their SNL performance below.