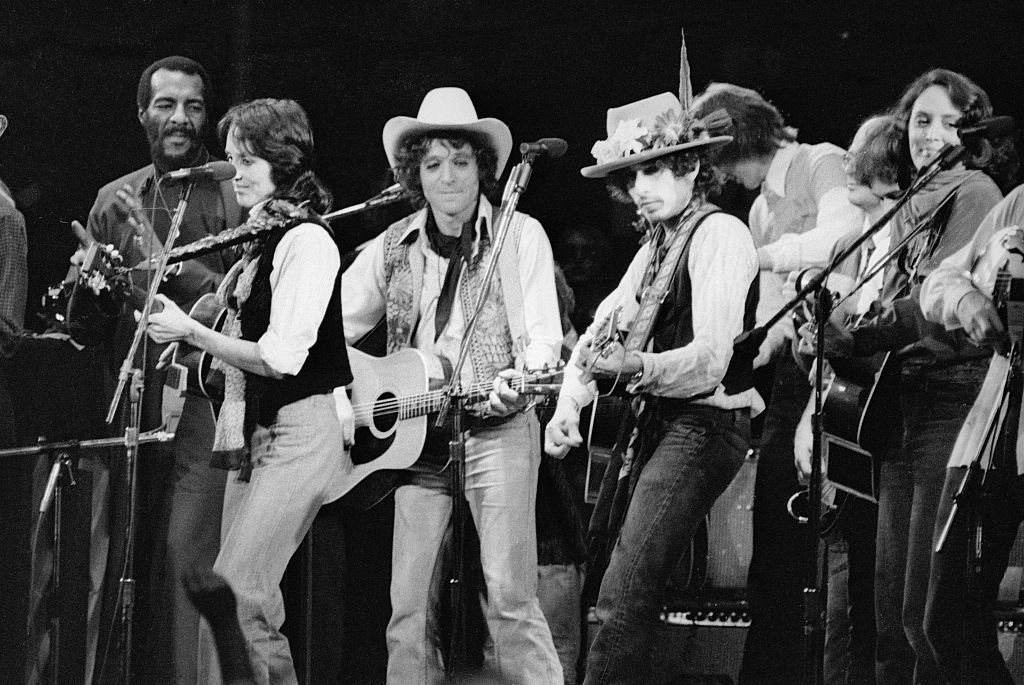 The most crucial ongoing archival series in rock music, the Bob Dylan Bootleg Series, announced its newest installment this month: a 14-disc set of live recordings and rehearsal takes from the singer-songwriter’s legendary 1975 Rolling Thunder Revue tour. Highlights from the notorious, roughshod, and sometimes-four-hour-long live shows were professionally recorded and used to assemble the 1976 live album Hard Rain. Later, the show tapes became the basis for a new 2-disc set for the Bootleg Series’ fifth installment, which came out in 2002. (That set is also being released on 3-LP vinyl in conjunction with the new box set.)

But the upcoming 14-disc collection, which is the Bootleg Series’ most formidably sized release to date, features 100 previously unreleased tracks, including recordings of two band rehearsals at New York’s S.I.R. studios and the Seacrest Motel in Falmouth, MA that came to light recently. The first advance listen from The Rolling Thunder Revue: The 1975 Live Recordings is a version of Desire’s “One More Cup of Coffee (Valley Below),” recorded at the Seacrest Motel rehearsal.

In addition to the release of the box set, a Martin Scorcese documentary about the Rolling Thunder Revue tour is set to premiere on Netflix in June. The film will supposedly include unreleased new interview with Dylan. Listen to the rehearsal take of “One More Cup of Coffee” below, and pre-order the new box set here.