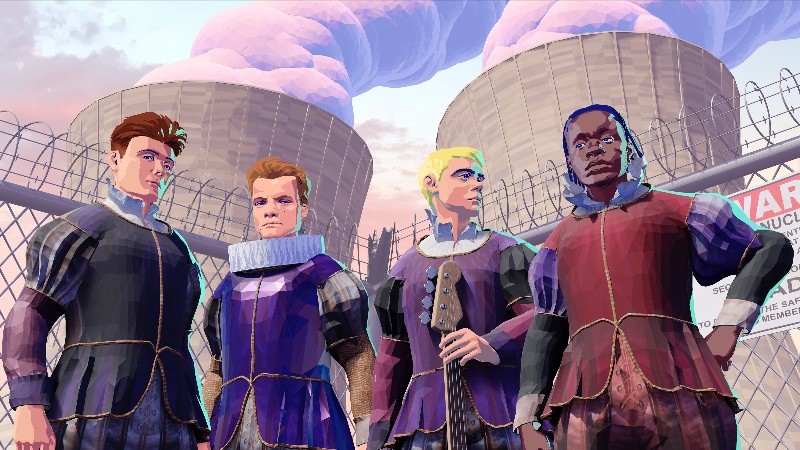 Though they’ve only released a couple songs, Black Midi have already made a name for themselves as an exciting new force in the world of post-punk. Their recent single “Crow’s Perch” was wild and disorienting, a wholly unique piece of music and a brilliant showcase for the band’s musical chops.

Now, the band are upping the ante with a new song titled “Talking Heads.” As was the case on “Crow’s Perch,” drummer Morgan Simpson steals the show with his consistently furious fills. But punchy guitars at the fore make “Talking Heads” decidedly brighter than the band’s last single. Said guitarist Geordie Greep: “It is accessible music, there are experimental aspects that we’ve taken from when we went crazy at the beginning, we’ve just reigned it in to make something that is pop music.” It’s another idiosyncratic gem from a band whose sound continues to evolve.

Black Midi will be touring throughout 2019, with upcoming dates across Europe and a stop at Pitchfork Music Festival in July. Find the full list of tour dates on the band’s website; stream “Talking Heads” below, and revisit our review of the band’s last single, “Crow’s Perch.” A debut album has yet to be announced, but expect more new music from Black Midi in the near future.