This article was originally published in SPIN on October 1, 2009.

In 1970, Black Sabbath drained the blues from hard rock, slowing it into a depresso nightmare trudge with Frankenstein feet. Myriad masters of riff followed suit: Uriah Heep, Sir Lord Baltimore, Bang, Budgie. But when metal turned too fancy for its britches, doom metal had to drag it back to the dungeon.

Here are 8 essential doom metal bands and albums to know.

Pentagram
First Daze Here Too: The Vintage Collection
Relapse, 2006
After 14 years of burrowing deep beneath the radar in suburban northern Virginia, holding down janitorial jobs, rehearsing in a direct-mail warehouse and periodically recording unreleased 45s and demos that never won them a contract, these woolly rhinoceri were living fossils by the time they put out a debut album in 1985. Their almost mythic hard-luck career has been on-again/off-again since, and the post-psychedelic poverty mung of their lost years has been compiled several times, legitimately and otherwise. Here are two massive discs’ worth. 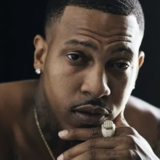 The Obsessed
The Obsessed
Tolotta, 2000
Scott “Wino” Weinrich is doom metal’s elder statesman — but unlike Ozzy, Wino has never climbed out of the sewer and into the mansion. His blubbery quartet Saint Vitus served as indie label SST’s most blatant excursion into real-deal metal during the poodle-hair era; subsequent projects Spirit Caravan and the Hidden Hand have both managed mammoth moments as well. But it was in the Obsessed, formed in Maryland in the early ’80s, that Wino first got back to biker basics. This slab of unearthed tracks, plus an ’84 live set, is their howling testament.

Trouble
Trouble
Metal Blade, 1984
Back when “Christian metal” meant Stryper buzzing around like bumblebees and “underground metal” meant speeding ever faster in the early Metallica model, these Chicago hippies unfashionably wed seemingly satanic Sabbath sludge to bible-beating sermons about God’s vengeance — tracks are headlined “The Fall of Lucifer,” “Revelation (Life or Death),” and “Psalm 9,” the latter of which became the album’s new title upon its 1991 reissue.

Bloodstar
Bloodstar
Desert Engine, 1988
A heavy Swiss trio — two men and one woman, two of them wearing lab-scientist spectacles, all three doubling on synths, assisted by a crony named Nasty Animal banging on metal — escape the dead world to grind their grieving gunk into black holes of hyperspace, where nobody can hear you groan. Though they later covered Suicide’s “Ghost Rider” and sampled whales, their debut was a pillar of doom beauty.

My Dying Bride
The Angel and the Dark River
Peaceville, 1995
In the ’90s, a strain of European doom slipped even further into the abyss by sinking suicidal impulses inherited from Joy Division and the Swans into its quicksand. My Dying Bride, from a North England wool-manufacturing burg, were at the forefront. Sluggish like there’s literally no tomorrow, booming with foghorns and torrential waves and classical pianos, this album feels eternally lost on the dark sea.

Electric Wizard
Dopethrone
Rise Above, 2000
From England’s opposite end — Dorset, appropriately home of the Jurassic Coast World Heritage Site — come these impossibly molten merchants of narcotic tar. Dopethrone opens with a clip of a 1985 discussion of Satanism from the TV show 20/20: “When you get into one of these trips, there’s only a couple ways you can get out. One is death, the other is mental institution.” The megaton dirges that follow — including two that exceed 15 minutes (and one that’s titled “Weird Tales/Electric Frost/Golgotha/Altar of Melektaus”) — simulate both options.

Witchcraft
Witchcraft
Rise Above, 2004
These Swedes, led by singer-guitarist Magnus Pelander, came together in 2000 to pay tribute to Pentagram frontman Bobby Liebling and Texas acid-garage crazy Roky Erickson, and therein lie the perimeters of their sound, which tempers its morose monster murk with nimble coven folk of the Spahn Ranch epoch. Their debut, recorded in the cellar on machinery that was vintage before they were born, occasionally even suggests early Jethro Tull. So where’s their metal Grammy?

Sunn O)))
White2
Southern Lord, 2004
And finally, doom turns hipster art project — if this black-robed duo’s name (inspired by the Sunn amplifier logo) isn’t a clue, then the mere fact that they’re a duo should, or the quirky track-title typography and grueling song lengths (“HELL-O)))-WEEN” 14:11, “bassAliens” 23:22, “DECAY2 [NIHILS’ MAW] 25:18). Not to mention that New York Times Magazine feature a couple years back. Yet their lonely drone spume sportingly clogs up the landscape all the same.