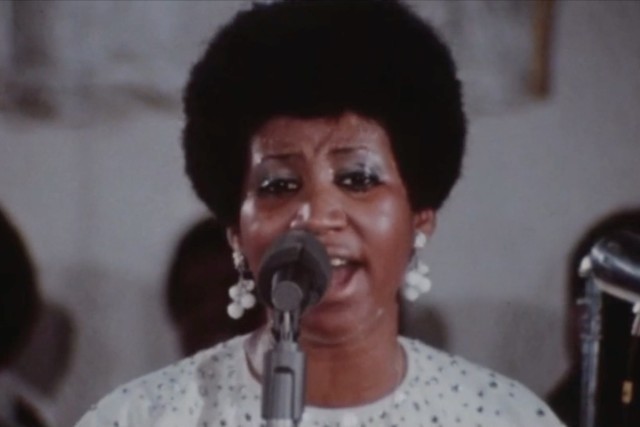 A producer who claims she managed the reassembling, editing, and screening of Aretha Franklin’s Amazing Grace concert film told Variety that she has not been paid for years of work. The producer, Chiemi Karasawa, has also filed an arbitration case against Amazing Grace’s co-director Alan Elliott seeking compensation. The long-awaited documentary was released today in Los Angeles and New York. “I’m saddened that it’s come to this point, but thrilled that the film is being released for a public audience where it belongs,” Karasawa told Variety.

Amazing Grace documents Franklin’s iconic 1972 performances at New Temple Missionary Baptist Church in Los Angeles, the recordings of which were released that year as Franklin’s best-selling live album by the same name. The accompanying documentary was infamously shelved due to a sound-syncing error and contractual disputes with Franklin. Karasawa says she signed a contract in 2011 with Elliott, who inherited the project from its original director Sydney Pollack. She claims she retrieved the original 16mm footage, convinced a lab to digitize and sync the film, hired and supervised the film’s editor Jeff Buchanan, and hosted screenings of the finished product for potential investors in 2011 and 2012. She also says she developed the production’s budget.

While Elliott has acted as the face of the project in recent months, giving interviews about the long reassembly process to publications like Rolling Stone and Vulture, individuals involved in Amazing Grace’s journey to the screen confirmed to Variety that they worked with Karasawa directly. Stephanie Apt, president of Final Cut, the studio where Buchanan edited the film, said Karasawa was on site “throughout the edit,” and Thom Powers, artistic director for the DOC NYC festival, where Amazing Grace premiered last fall, said he first learned of the project from Karasawa.

You can read Variety’s full report here. Watch a trailer for Amazing Grace below.