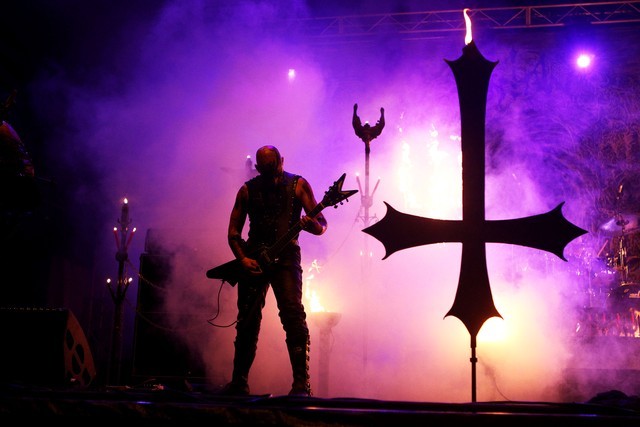 Watain’s first-ever concert in Singapore was cancelled this week following a petition to ban the Swedish black metal group from performing in the country. Yahoo! reports that Singapore’s Ministry Of Home Affairs decided to cancel the show, which was originally scheduled for 3/7, over “security concerns” due to the band’s “Satanist views” and history of “denigrating religions and promoting violence, which has potential to cause enmity and disrupt Singapore’s social harmony.”

Speaking to Yahoo! over email, Watain’s Erik Danielsson decried the Ministry Of Home Affairs’ “attempts to govern other people’s lives and decisions…[as] if our supporters in Singapore were incapable of deciding for themselves what makes them strong or gives them encouragement to go on living their lives in freedom.” Some of the accusations, he says, are accurate, but “how to approach such things, we believe, is for each and every grown man and woman to decide for themselves.”

Danielsson added that some comments from supporters of the petition, which had reached nearly 17,000 signatures by Thursday, were “horribly wrong” in many ways. “To say that we advocate self-destruction and suicide is like saying that the gospel of Jesus encourages people to crucify themselves,” he explained, praising Watain’s fans for being “clever and cunning and proud” instead of “sheep.”

Smoke Breaks With Satan: The Strange Days and Sinister Nights of Watain

Date With the Devil: Watain Arrives in New York City