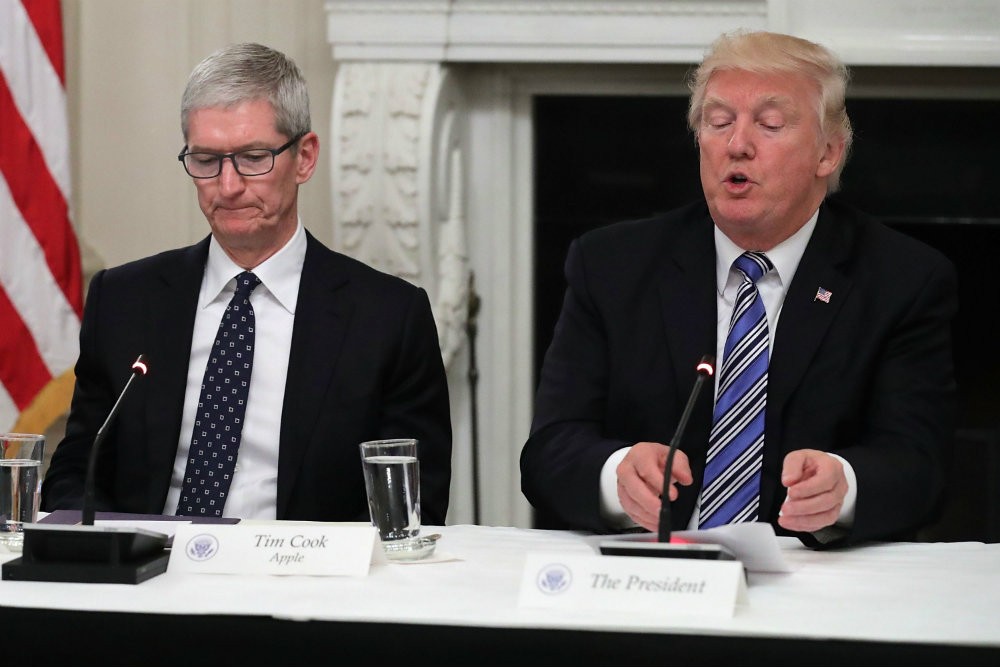 Last Wednesday, President Trump closed out a meeting of the American Workforce Policy Advisory Board by personally thanking “Tim Apple,” better known as Apple CEO Tim Cook. Video of the hilarious and now well-publicized moment is below.

This is far from the worst of the frequently confused president’s gaffes, and it’s something that would have fallen out of the news cycle by now if Trump had simply let the issue go. But Trump is, of course, unable move on and has mentioned the incident publicly at least twice since.

Axios reported this weekend that Trump told a group of donors at Mar-a-Lago on Friday that he actually said “Tim Cook, Apple” really fast, but he said the “Cook” part too softly and chalked the resulting video up to “fake news.” Two donors at the event told Axios that they were baffled as to why Trump was even bringing it up because, as one of them put it, “it doesn’t even matter!”

And on Monday morning, Trump took to Twitter to argue that he called Tim Cook “Tim Apple” on purpose as “an easy way to save time & words.” He then admonished the “Fake News” for putting out “another bad Trump story.”

At a recent round table meeting of business executives, & long after formally introducing Tim Cook of Apple, I quickly referred to Tim + Apple as Tim/Apple as an easy way to save time & words. The Fake News was disparagingly all over this, & it became yet another bad Trump story!