Surviving R. Kelly. Leaving Neverland. Lorena. The Inventor: Out for the Blood in Silicon Valley. Conversation With a Killer: The Ted Bundy Tapes. Fyre, and also, Fyre Fraud. 2019 has already felt flooded by must-see documentary event programming. New harrowing documentaries are pushed to the top of your favorite streaming applications’ home screen every weekend. Avid streaming-TV watchers now expect the constant influx, and may find themselves left out of conversation if they’re not keeping up. The latest of these is HBO’s The Case Against Adnan Syed, airing in four parts this month, a benchmark in the history of our national obsession with binge-entertainment-era “true crime” programming in that it revisits one of the stories which helped whet our current appetites.

Chances are, you already know some of Syed’s story. If you didn’t, HBO wouldn’t have produced the film in the first place. (Spin’s review is based on the first three episodes, as HBO did not give access to a review screener for the fourth.) Nonetheless, for posterity: In January 1999, a Korean-American 18-year-old high school senior named Hae Min Lee was murdered in Baltimore, and Syed, her 17-year-old ex-boyfriend and a Muslim son of Pakistani immigrants, went to jail for it, based largely on unexpected testimony by his fairweather friend Jay Wilds. The story entered the popular consciousness because of the first season of Serial, the surprise-phenomenon 2014 podcast that dug into the Syed case as a sort of unsolved riddle. Serial opened up the door for directors and producers to tell open-ended, real-life stories like this one in obsessive detail, with a self-consciously high-end style. Serial’s tone mixed murder mystery with moral crusade—a formula that turned out to be extremely compelling to a large number of listeners.

The podcast debuted less than five years ago, but it feels much longer ago than that, perhaps in part due to the insane rate at which the cottage industry it spawned has continued to churn out new content. Serial inspired sustained interest from the news media and internet communities like Reddit, and became part of a ripple effect in the podcast and TV worlds. Other similarly addictive programming arrived with fortuitous timing. HBO’s investigative miniseries about Robert Durst, The Jinx, became a major cultural phenomenon shortly afterwards, and Netflix’s first major true crime series, Making a Murderer, arrived a few months later. Near-countless like-minded podcasts gained traction in the ensuing years, from In the Dark to S-Town to Dirty John. There has been a steady firehose of stylish, forensically detailed docuseries and film events, too, including The Keepers, The Case of: JonBenét Ramsey, Wormwood, Wild Wild Country, Abducted in Plain Sight, Evil Genius, and many more. 2016’s staggering O.J.: Made in America helped open the doors further: no longer did these stories and morality tales need to be presented as previously overlooked history that was getting a well-deserved closer look for the first time. An anniversary of one of the biggest human interest stories of our era could also become meat on the floor of the lion’s cage for entertainment corporations.

Nowadays, these efforts often include stories that have already been covered recently, and in multiple different formats; after all, market-tested products make for a safer bet for studios. Must-watch documentary events now seem to arrive continuously, in an endless wagon train. Next week, HBO will air Alex Gibney’s Theranos documentary The Inventor: Out for the Blood in Silicon Valley, recounting a tale of high-stakes fraud in the medical industry that we’ve already heard in countless pieces of journalism, a best-selling book, and a podcast. (A Theranos feature film is coming soon, starring Jennifer Lawrence as Elizabeth Holmes.) The most effective of this wide swath of programming can have powerful real-world implications, as with Surviving R. Kelly, which closely preceded charges of aggravated criminal sexual abuse made against the titular singer. Others, like both Fyre films, feel directly part of a wild and clumsy bum rush, with questionable ethics underpinning the access the filmmakers gained to make their movies competitive. The crucial #MeToo-era document Finding Neverland raised more difficult questions by using a polarizing approach, foregrounding Jackson’s accusers’ viscerally powerful testimony about his alleged crimes over putting those alleged crimes into a wider context. 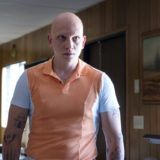 All of this programming suffers from being part of a burgeoning market overflow. How redundant will corporations allow their competing programming on certain stories to become? Years in the making, The Case Against Adnan Syed is far from a thoughtless attempt to cash in on a trend, and instead appears to be well-researched over the course of the past four years. But it feels like it is at cross-purposes with itself, too, attempting to retell, revise, and expand the storyline of Serial all at once but in a significantly shorter runtime. Because of its reliance on the context provided by Serial, it sometimes feels more like a film about the impact of the podcast than it does an examination of a murder case that might represent a gross misapplication of justice.

This new extension of Syed’s narrative comes at an awkward time. The week of the show’s premiere, the Maryland Court of Appeals overturned a 2018 verdict to grant Syed a new trial, following his 2000 guilty verdict being vacated in 2016 due to evidence that came out in the wake of Serial’s massive success. Rabia Chaudry, a family friend of Syed’s and his biggest legal advocate since long before Serial, says at the outset of the HBO series that she realized quickly “that Serial was not going to be a story that would exonerate him.” Unfortunately, this one probably won’t either.

Thus The Case Against Adnan Syed chiefly recalls the second season of Making a Murderer, or last year’s follow-up episodes to the mid-aughts French true crime saga The Staircase. Reanalyzing evidence and incorporating a handful of major developments in the case that have occurred since 2014, it ultimately feels like it is functioning as a lengthy postscript to Serial, or an elaborately detailed set of visual footnotes to public events. The original series was a reliable traffic stream for online publishers, meaning that many of the “new” plot events in this documentary were covered closely in the media as they happened. With the HBO documentary, at least, you can see what all of the players in the story look like without having to Google them.

Director Amy Berg employs every established trick in the modern documentarian’s book to tell her unwieldy story. There’s Steven Avery-esque voiceover of Adnan on the phone from prison, glitchy VHS courtroom footage, semi-tearful talking heads, candid at-home scenes of the Syed family, fake typing and scratching sounds to dramatize the drawing up of police reports, and most distractingly, animations of Lee set to recitations from her diary. These jumbled aesthetics work against the filmmakers, who are tasked with explaining Serial’s impact on culture and on the case itself, and effectively summarizing the content of the 10-hour podcast, all before getting to their own new reporting: a litany of evidence that helps them poke holes in the prosecution’s case against Syed.

With the wealth of good source material, it feels like making a captivating, abbreviated version of Serial‘s narrative shouldn’t be this hard. A host of morally ambiguous characters voice several bizarrely conflicting accounts of the events of the week of Lee’s murder, and at times, each of them seems believable. Against the backdrop of Baltimore’s racially prejudiced and otherwise deficient legal system, the case should be a storyteller’s dream.

But in The Case Against Adnan Syed, Berg turns Syed’s story into a blur of tension that fails to build on itself. A glut of all-too-familiar narrative techniques, meant to pique vague suspicion or tug at the heartstrings, cause the series to fishtail away from powerful dramatic continuity. It skips dramatically between storylines, leaving loose threads dangling and making it difficult to remember later that they weren’t picked up again. Berg’s exposition fails to richly evoke Hae Min Lee as a person, no matter how many ex-Woodlawn High School students are put on camera, how florid the animations, or how many of her diary entries are read in voiceover. What are meant to feel like detailed character studies of Lee and Syed simply feel boilerplate and even corny, due to the filmmakers’ scattershot and unresourceful approach to storytelling and style.