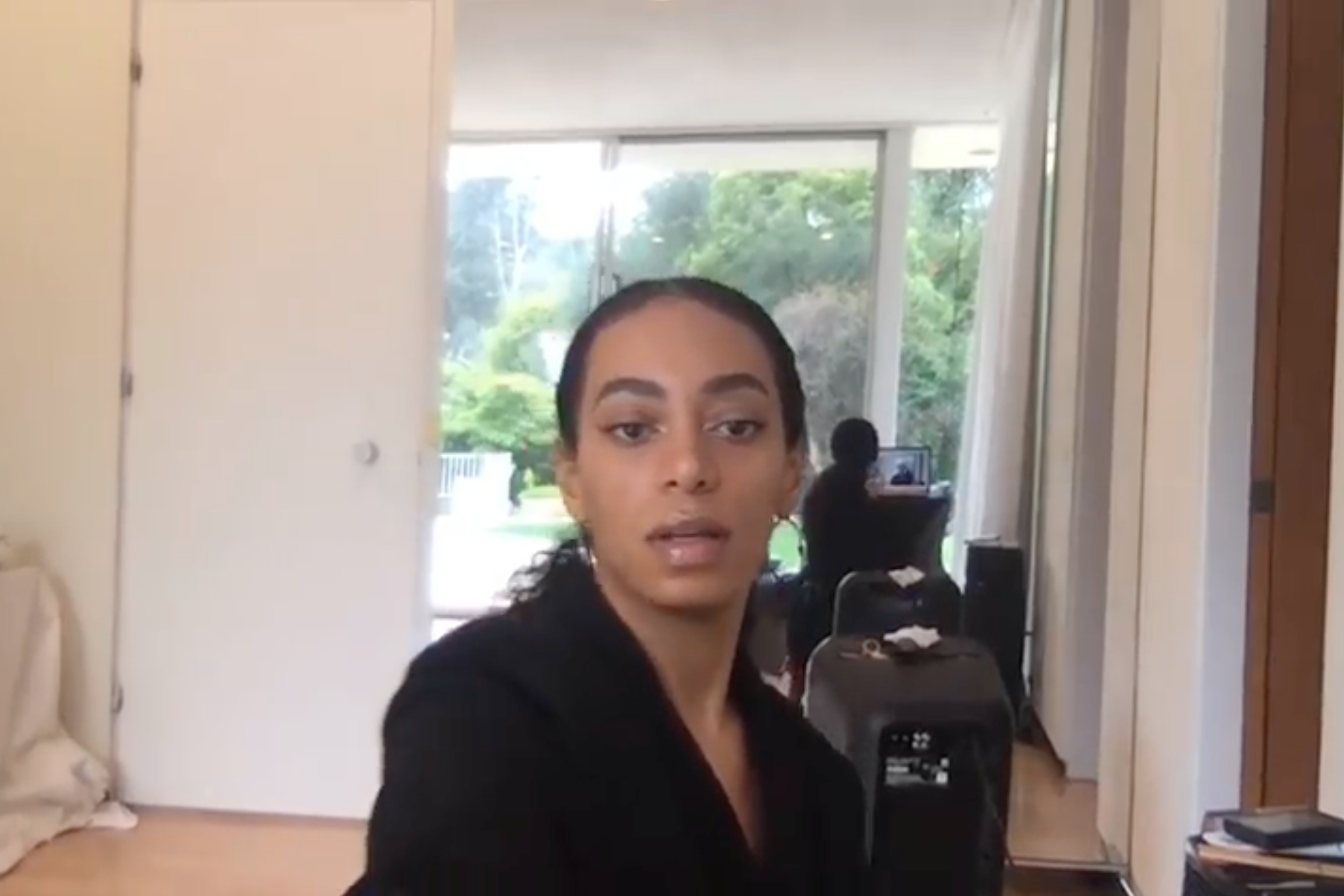 When it dropped on March 1, Solange’s new album When I Get Home was accompanied by a stylish 35-minute short film of the same name. In one of the short’s standout moments, Solange records some lo-fi footage of herself dancing to the When I Get Home track “Binz.” Now, those shots have been isolated into a standalone music video for the track.

When I Get Home is Solange’s fourth studio album, following her excellent 2016 project A Seat At The Table. The new album is lighter and more conceptually fragmented than A Seat At The Table; it’s also a more musically diverse, featuring contributions from Gucci Mane, Playboi Carti, Blood Orange, The-Dream, Panda Bear, and more.

Following the album’s March 1 release, Solange hosted a series of “album experience” listening parties in her hometown of Houston, TX. In a Q&A, Solange described her creative process as an “insular process.” She added: “With ‘A Seat at the Table,’ I had so much to say. With this album, I had so much to feel and words would have been reductive.”

Read our review of When I Get Home, and see the full 35-minute short film here. Watch the standalone music video for “Binz” below.