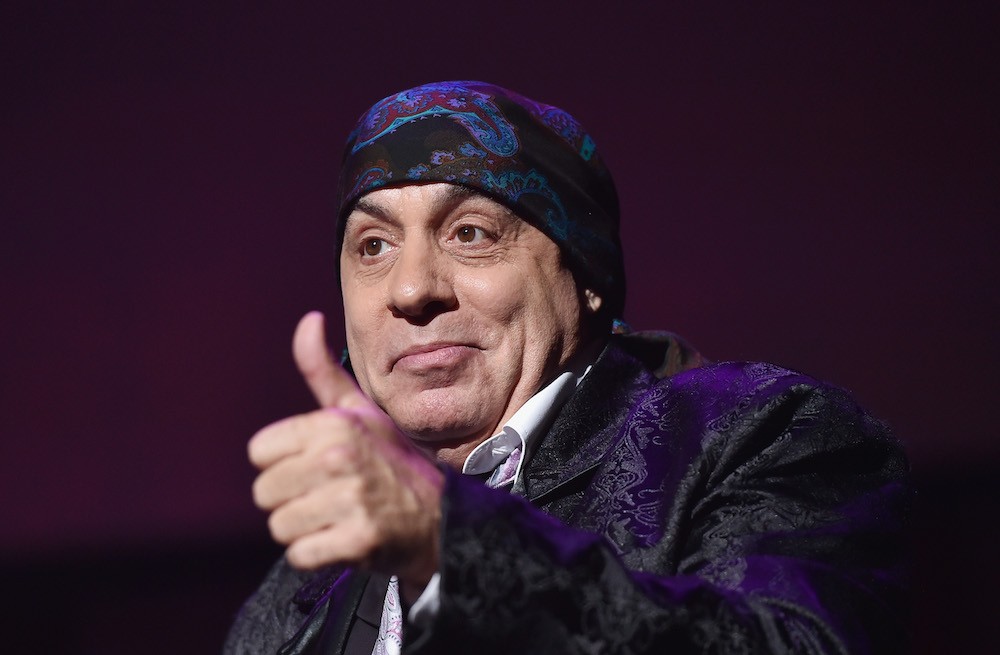 You can imagine Theresa May in a smoky room, flanked by a few confidantes and consiglieres, at pains over the future of the United Kingdom. On the one hand, the country’s citizens voted for it to exit the European Union back in 2017, and May herself negotiated the deal to make it happen. On the other, the process of actually executing Brexit has proven to be much more complicated than a simple popular vote, and the plan May came up with keeps getting shut down in Parliament—both by lawmakers who don’t want Brexit to happen at all, and those who think the Prime Minister isn’t going far enough. In her smoky room, May gestures at a map of Europe on the wall, with the British Isles hovering tentatively at the northwest edge. “Just when I thought I was out,” she gravely intones. “They pull me back in.”

This, obviously, is where Steven Van Zandt comes in. “Dear Theresa May,” tweeted the E Street Band guitarist and actor who memorably played Sopranos character Silvio Dante on Monday night. Then he made a claim that, in terms of celebrities hypothetically swooping in to save the world from various geopolitical crises, is second only to Mark Whalberg’s conviction that he could have singlehandedly stopped 9/11 from happening, had he only been on that plane that day.

Dear Theresa May. I hate seeing you blamed for this mess. As an objective outsider experienced at conflict resolution, I offer my services to solve the Brexit problem. Get me 2 days each with Leave, Remain, and the EU, and I will find a solution that makes everyone equally happy.

Two days! In two days, Miami Steve will solve Brexit, with his famed conflict resolution skills. You know what to do, Prime Minister. Send in Silvio.

Kate Bush Says She Is Not a Tory, Clarifies Theresa May Praise From 2016

The Rock And Roll Hall Of Fame Now Inducts Songs, And These 6 Are First