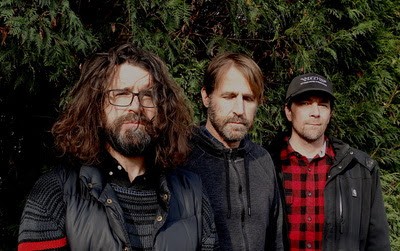 Indie rock mainstays Sebadoh have announced a new album. Act Surprised is the first full length from the group since 2013’s Defend Yourself. They also released “Celebrate The Void,” the project’s first single, along with a hypnotic, low-maintenance video that feels perfect for the lo-fi, mesmeric track.

“The first line of this song: ‘I get the feeling you don’t feel me’ is pretty good. It could be a line in an Ariana Grande song, I like it,” frontman Lou Barlow said of “Celebrate The Void” in a press statement. “I followed it from there through some general complaints about a composite character in my life, someone I could never crack. Sometimes the walls are too high. If you think about it, the resistance was always there, even in the very beginning. What to do? Pick endlessly at the seams? Replay moments in my head looking for a way to explain it all? No, stop, there is no one answer and that’s OK…Celebrate the void.”

Act Surprised is scheduled for release on May 24 via Dangerbird Records. Watch the video for “Celebrate The Void” and check out the album tracklist below.

Sebadoh Uncertainly Embrace Dad-Rock With ‘State of Mine’ Video