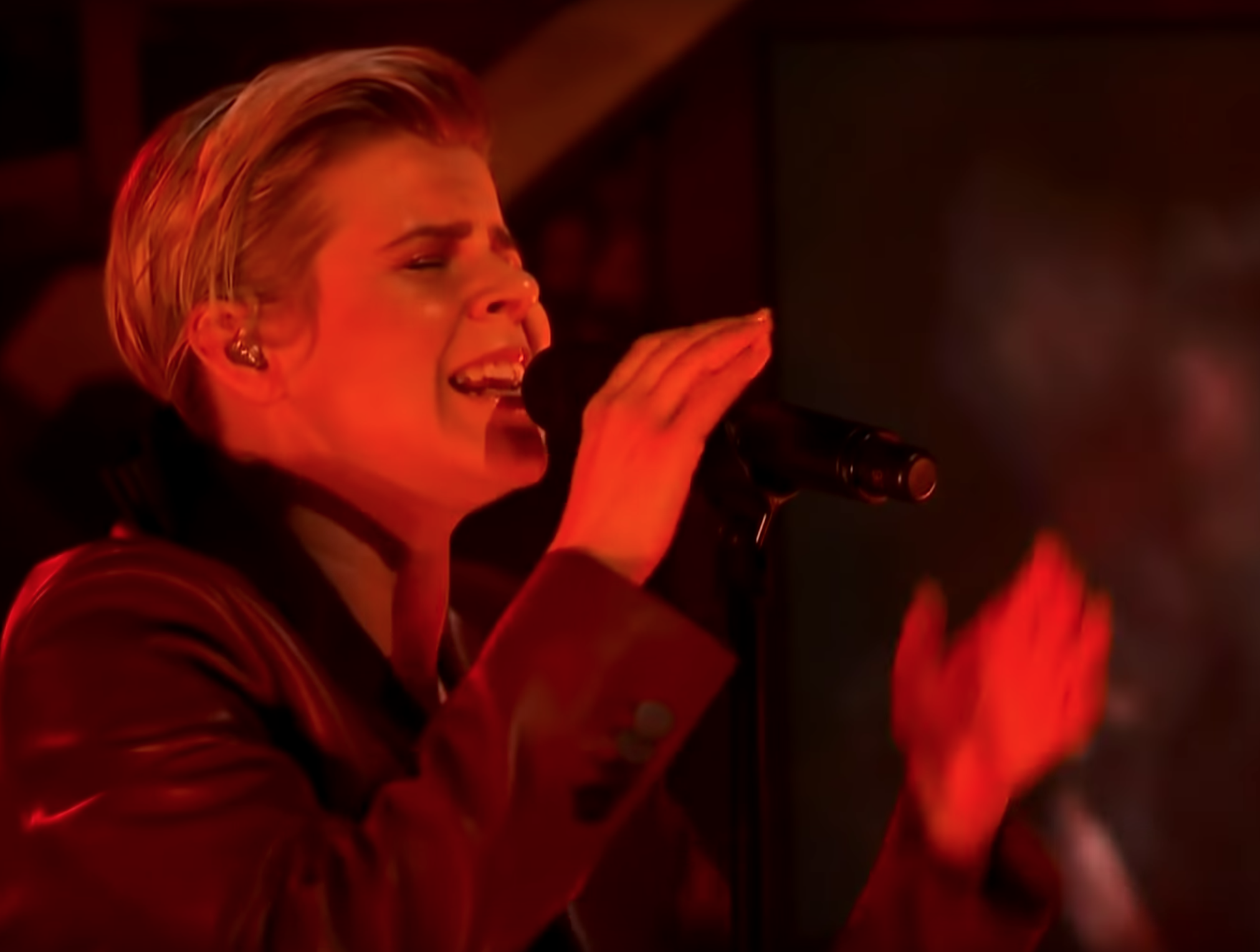 Fresh off a show at NYC’s Madison Square Garden last week, Robyn stopped by The Late Show with Stephen Colbert to perform her Honey single “Ever Again” with her band. The pristine performance of the track culminated with the band heating enough up enough to provoke Robyn to take off her blazer and dance. Robyn previously performed the track on Ellen last month, using a vastly different color scheme of costumes.

Last week, Kindness released a new single, “Cry Everything,” with a feature from Robyn. Robyn also recently contributed to a song from the Lego Movie 2 soundtrack, “Super Cool,” with Beck and the Lonely Island, and released a video for Honey’s “Send to Robin Immediately.” Revisit our review of Honey here, and watch Robyn’s Colbert performance below.