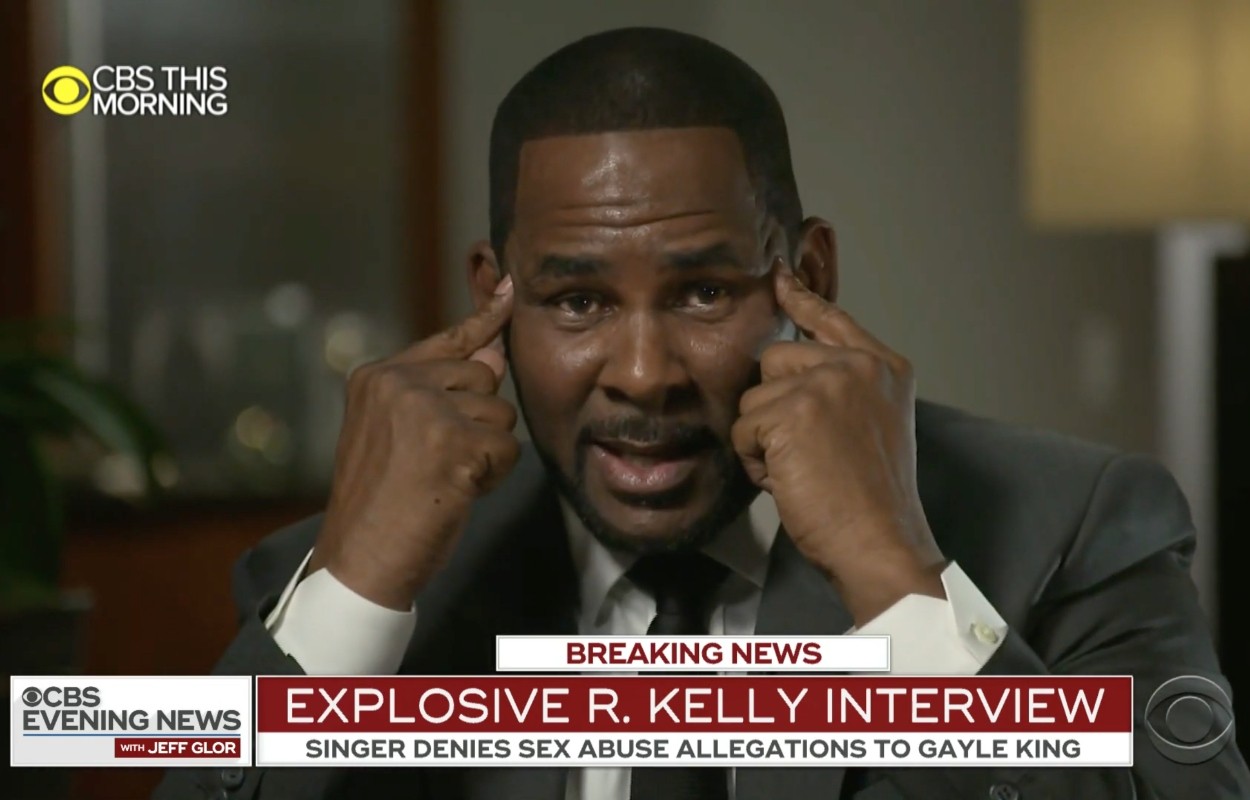 R. Kelly, who was arrested last month on 10 felony counts of sexual abuse against four women spanning 12 years, called the allegations against him “not true” in a new interview with CBS reporter Gayle King. Kelly also addressed the camera and described accusations that he has detained women against their will as “stupid.” It’s the singer’s first interview since he was criminally charged in Cook County, Illinois.

“How stupid would it be for R. Kelly, with all I’ve been through in my way, way past, to hold somebody?” he said. “That’s stupid, guys. Is this camera on me? That’s stupid. Use your common sense. Forget the blogs. Forget how you feel about me. Hate me if you want me to. Love me if you want.”

He continued, “How stupid would it be for me, with my crazy past and what I’ve been through—oh, right now I just think I need to be a monster, and hold girls against their will, chain them up in my basement, and don’t let them eat, and don’t let them out, unless they need some shoes down the street from their uncle? Stop it.”

Tearing up and beating his chest, Kelly added, “I didn’t do this stuff. This is not me. I’m fighting for my fucking life.” King, who attended Kelly’s recent court hearings, said on CBS Evening News that her main takeaway from the interview was that the singer is “very angry” and “sad.”

Kelly’s next court date in Illinois is scheduled for March 22. Three alleged victims in the case were under 17 at the time of the singer’s alleged abuse. Kelly reportedly still lives with two women whose parents have claimed they cannot contact their daughters. His full interview with King airs on Wednesday.

Watch clips of the conversation below.