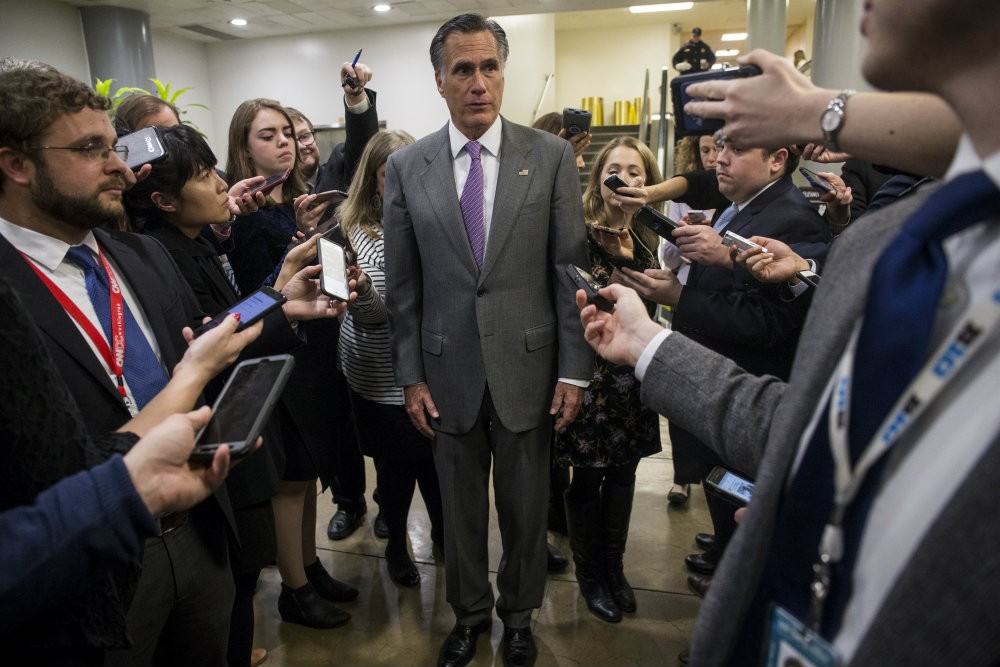 Freshman Utah Senator and diehard The Killers fan Mitt Romney celebrated his 72nd birthday on Tuesday with a surprise cake courtesy of his staff. The “cake” was actually a plate of Twinkies, Romney’s “favorite snack,” arranged into a general cake shape and adorned with candles.

This morning, Romney posted a video of his office surprise party and cake to Twitter. As you can see, he had plenty of dad jokes in the cellphone holster, like, “Good thing I haven’t had breakfast yet” and “What are you guys going to have?”

Things took a turn, however, when it was time for Romney to blow out the candles. Instead of blowing out all of them as once, as is tradition with every human being alive, he plucked each individual candle from its Twinkie host and blew it out, meticulously savoring each wish with the intensity of a guy who has bodies hidden under his floorboards.

Spin reached out to Romney’s office to find out if the senator’s one by one candle technique is standard operating procedure or if this was a one-off incident.

My team surprised me with a cake made out of my favorite snack—twinkies! Looking forward to all this year has in store. pic.twitter.com/lQfyIrQ9Qe

In the meantime, we’re just going to assume this is one of the GOP senator’s many quirks, like that time he tried to iron his shirt while he was wearing it.

UPDATE (11:34 a.m.): “The cake was indeed a unique creation, specially made by his staff,” Romney’s communications director confirmed in an email. She added:  “As he said in the video re: blowing out the candles one by one, ‘these are all the wishes I’m getting!'”

Eddie Vedder to Mitt Romney: I’m Part of the 47 Percent

Devo, Silversun Pickups Do Not Believe In Mitt Romney