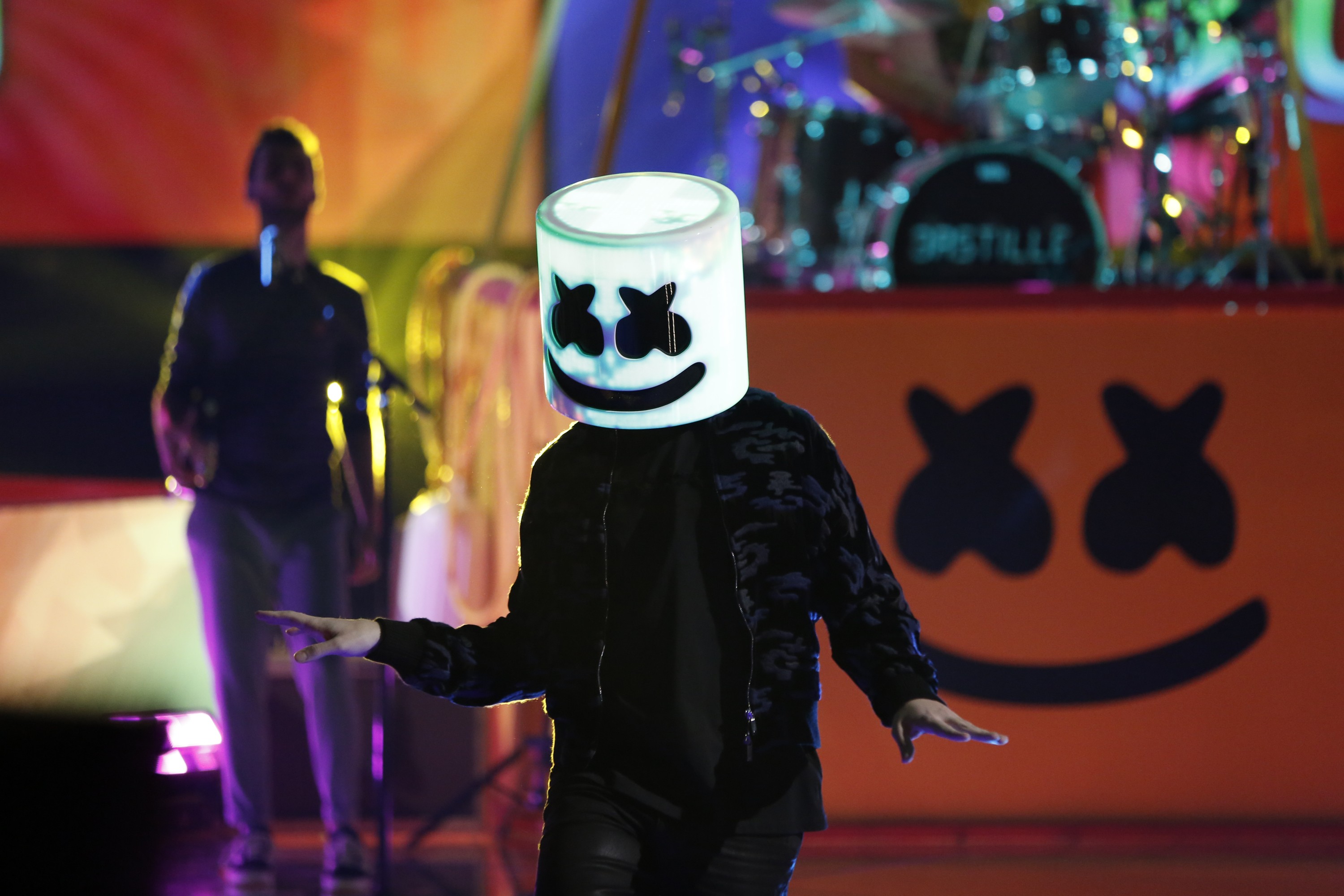 Marshmello has released a new single featuring Chvrches. Titled “Here With Me,” the EDM-pop crossover finds vocalist Lauren Mayberry singing over steady electronic production from Marshmello, which interestingly includes more guitars than on his earlier hits.