Tell Us More About the Woke Bee From This J. Cole Profile 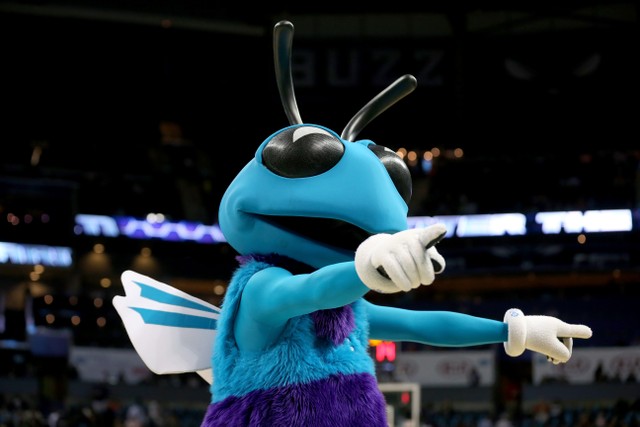 Today, GQ Magazine published a new profile of J. Cole. It’s a good, straightforward story that captures the rapper’s new embrace of success—doing things like performing at All-Star Weekend and recording guest verses for other rappers like 21 Savage and Offset—after playing the reluctant star for so long. There’s a cute anecdote about Cole going on an excursion in Maui with his family and friends to see a waterfall, and coming across trees covered with objects that he refers to as “like coconuts but not coconuts.”

But for all this colorful detail, the story’s real star is not even Cole himself, but an extremely woke anthropomorphized bee. Reporter Alison P. Davis spent time with Cole backstage at Charlotte’s Spectrum Center, where the All-Star Game took place this year. That’s where she found him:

It’s mellow backstage. Even the Hornets mascot is taking a break from his hype-man duties: He’s posted up on a chair reading, through his costumed hornet head, Ta-Nehisi Coates’s Between the World and Me.

We would happily read an entire separate profile about this character. There’s so much more to learn about the scholarly mascot for the Charlotte Hornets, known as Hugo to his friends and fans, whose intellectual life has mostly stayed private until this moment. What does he think about Trump’s foreign policy? Does he have strong feelings about Alexandria Ocasio-Cortez? Can he carefully lay out the reasons why hornets and bees are actually quite different, and I’m being problematic for conflating the two? What other books has Hugo plowed through as he witnesses a terrible basketball team struggle through another disappointing season?

The thought of a jaded sports mascot taking a breather by reading Ta-Nehisi Coates’s modern classic tome on the violence that greets black people living in America is both hilarious and inspiring. I bet the Philly Phanatic isn’t even literate. Meanwhile. the Charlotte Hornets have a true student of life representing them. At least there’s that for fans of this team to take pride in.