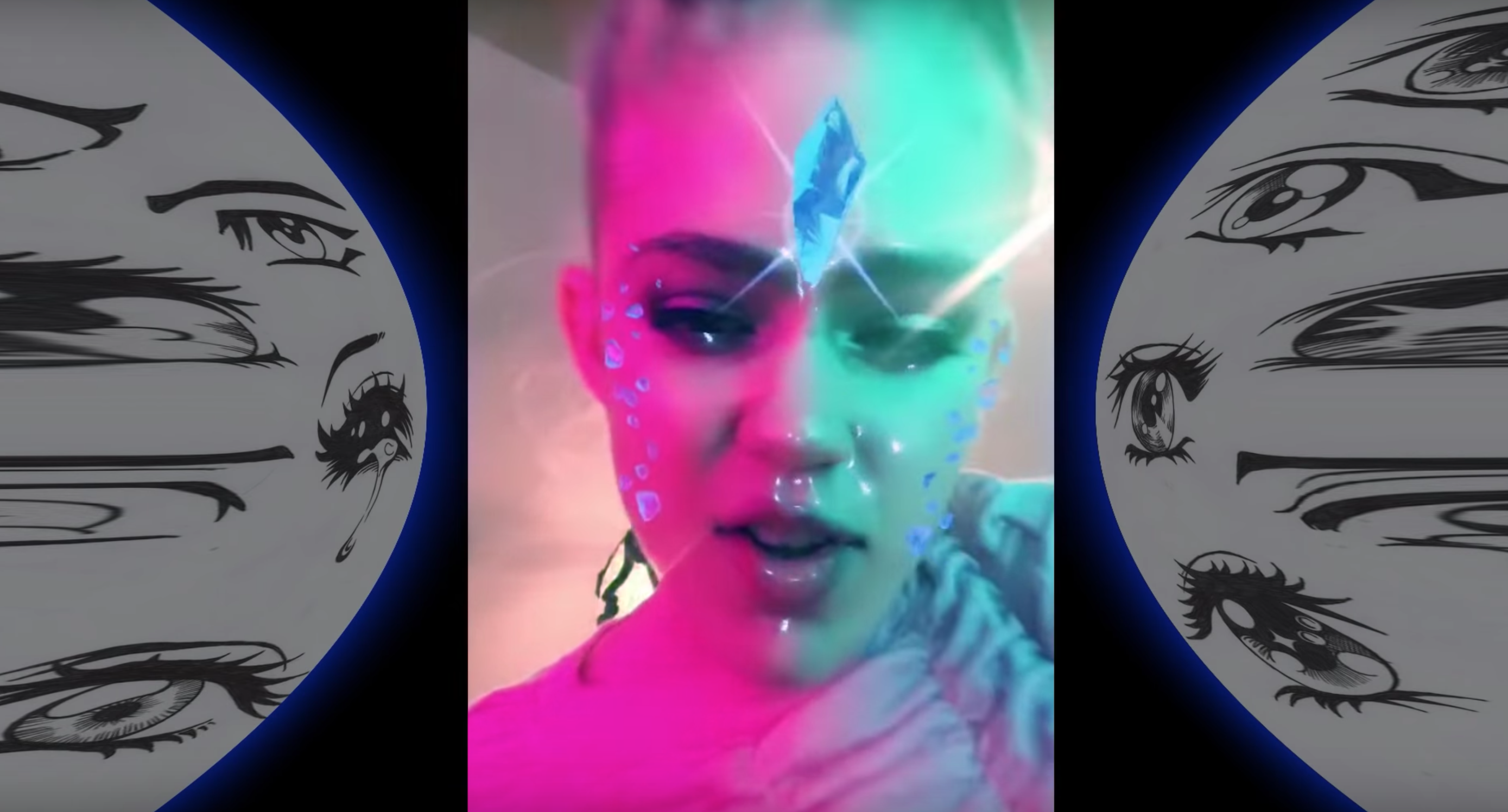 Grimes has posted a video for a new song called “Pretty Dark.” In the YouTube description, the singer explained that the song and clip were “just a demo” from an “AR musical” she is working on and that “Pretty Dark” is “NOT A SINGLE” from the upcoming Grimes album (“NOT OFFICIAL GRIMES MUSIC”). As is implied by its title, the catchy “Pretty Dark” is featherweight, sweetly melodic, and also sufficiently creepy, hanging its hat on lyrics like “Wish you were impaled/ and injured with love the way I am.”

Grimes explains that this song is intended to be sung by a character called Dark. She wrote: “made the song and video yesterday so obvs majorly rough, but while im finishing my album im just gonna start casually dropping stuff as I see fit. Been doing this exercise where I try to write and produce a whole song in like ~1-2 hrs… fuck technical proficiency and whatnot.”

She also claimed that she was working on creating augmented reality “sub-members” for her “psychedelic post k pop-ish fake band for my non-Grimes musical ventures.” He continued: “They are the main characters from the book/ musical im working on.. (AKA im bored of being so precious abt music and also feeling boxed in by the Grimes branding and I have this whole other world that’s rly fun to write for.”

Grimes’ last single, “We Appreciate Power” ft. HANA, was released in November. A Bloodpop remix of the song came out in January. Watch her video for “Pretty Dark” below.