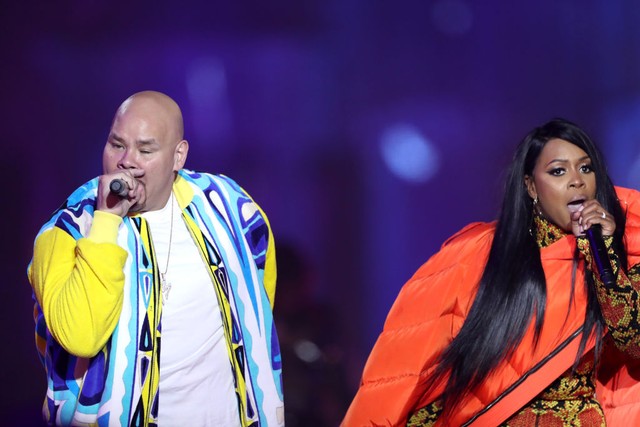 Fat Joe, Remy Ma, and French Montana’s very New York 2016-17 hit “All the Way Up” is the subject of a new lawsuit by Miami rapper Fly Havana, The Blast reports. The rapper, born Erik Elliott, alleges that the hit version of the song is “nearly identical” to his 2015 demo “All the Way Up.” The demo version was played for Fat Joe by the song’s producer Infrared, before the rapper reportedly went silent. Havana claims he did not know the song was being put out until he heard the hit version in 2016, which went onto become a Top 40 hit.

According to Fly Havana’s complaint, Fat Joe later met with the rapper, presenting him with a check for $5000 (in an IHOP, no less) and promising more returns which Havana is claiming did not come. The rapper also alleges that he was “threatened” by Fat Joe to back off. As noted by Pitchfork, Joe cited Havana in an interview with Miami’s 99 Jamz station: “Shout out Fly Havana, he worked on the record.”

Havana’s lawsuit cites the song’s musical and lyrical similarities to the original, including its central rhythms, melodies, and production. He is seeking co-writing credits and royalties from the song, among other things. The lawsuit names Fat Joe, Remy Ma, French Montana, and Infrared as defendants. Listen to both versions of the song below.