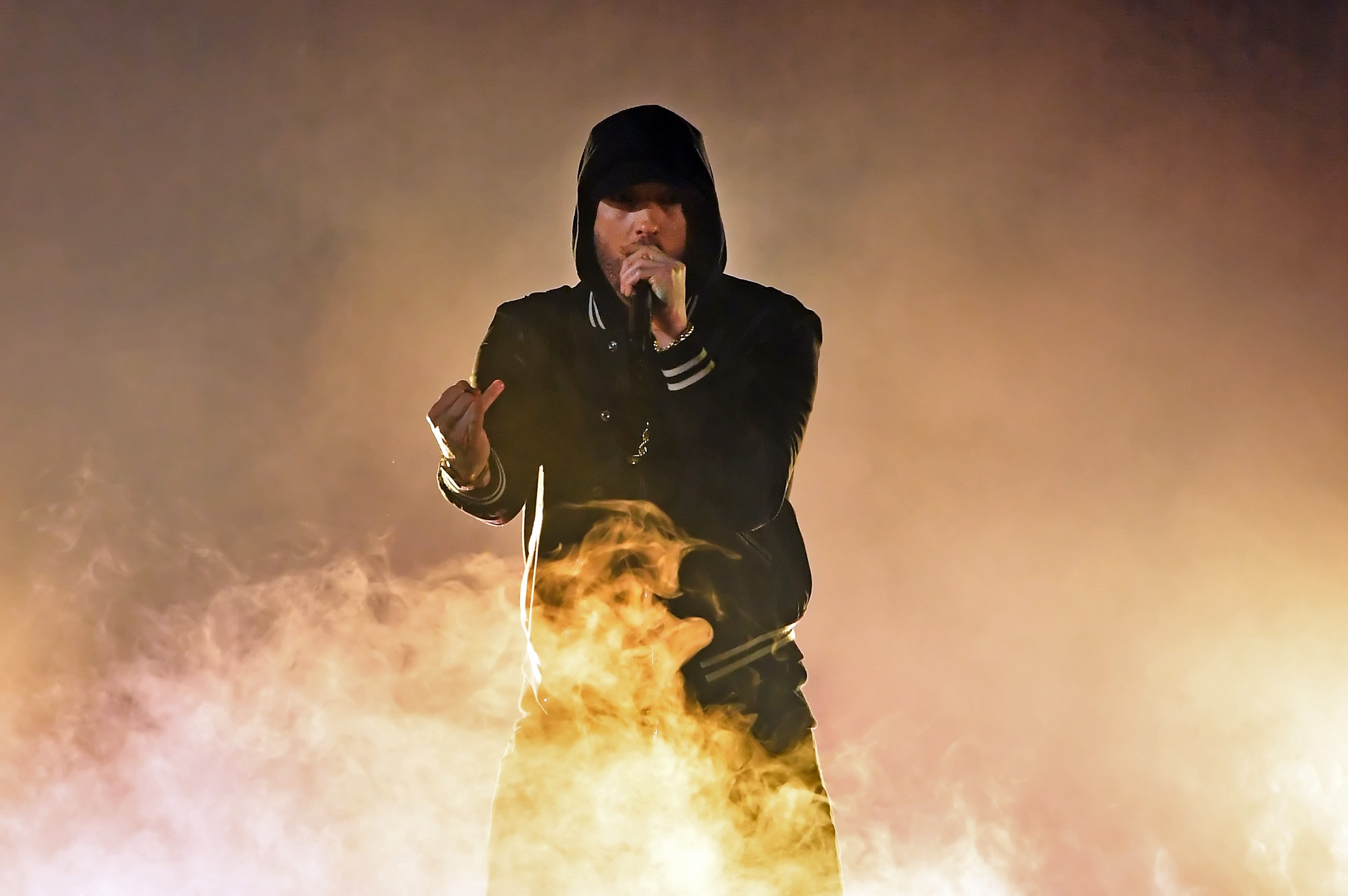 Eminem’s publishing company Eight Mile Style has filed an appeal to New Zealand’s Supreme Court that challenges a December ruling to reduce the amount of money the country’s conservative National Party must pay the rapper for featuring a “Lose Yourself” rip-off in a television campaign during the 2014 general election.

The advertisement in question was soundtracked by a so-called “sound-alike” track titled “Eminem Esque” that the National Party purchased from a commercial music library. As you can hear yourself below, the instrumental features a guitar riff and drum drop that pretty closely resembles the “Lose Yourself” beat.

Eight Mile Style sued the National Party for copyright infringement in 2014. After litigation that brought us delightful footage of robe-clad attorneys somberly listening to Eminem’s trademark pump-up song in court, a judge ruled in the rapper’s favor and awarded him and his co-writers $600,000 New Zealand dollars, approximately equivalent to $415,000 U.S. bucks at the time.

The National Party appealed that decision and reportedly earned a ruling in December that reduced the damages to NZ $225,000, or approximately $152,000 U.S. dollars. The Australian Associated Press now reports that Eight Mile Style appealed that ruling to the Supreme Court in February. It’s unclear whether the high court will hear the case.

Watch the National Party’s offending TV spot and video of a New Zealand courtroom listening to “Lose Yourself” below.