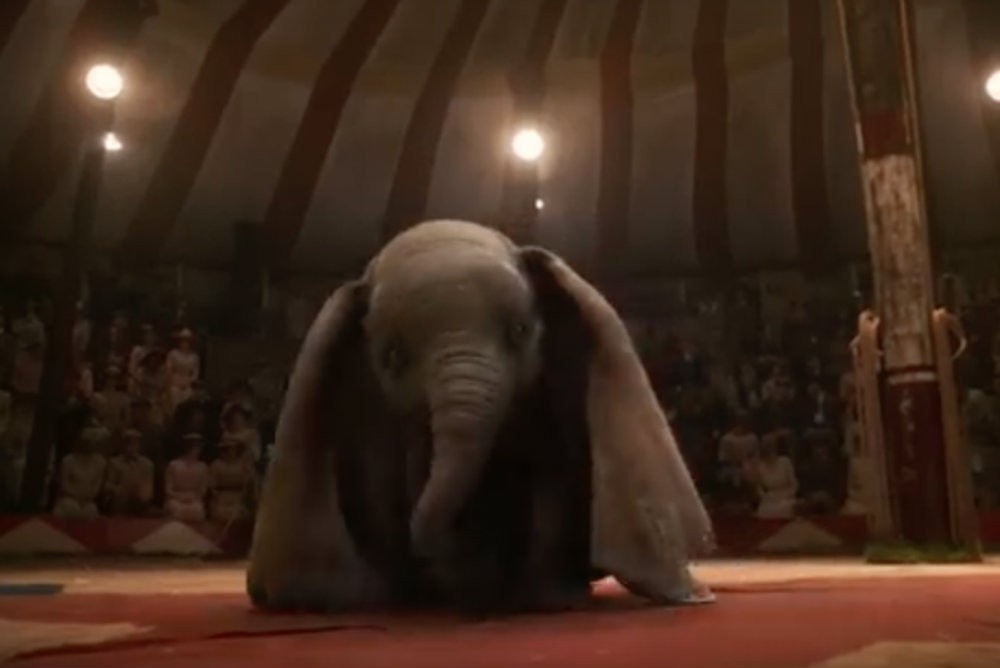 Anyone who has yet to be emotionally devastated on this Monday morning should check out the teaser for Tim Burton’s live action remake of Dumbo. Arcade Fire is featured in the brief clip performing their cover of “Baby Mine” which plays during the closing credits of the remake of the Disney classic.

The lullaby “Baby Mine,” written by Frank Churchill and Ned Washington, originally appears in the 1941 animated Dumbo film when a baby Dumbo visits his mother, who was locked in a cage.

Arcade Fire frontman Win Butler discussed his family connection to the song in a statement.

“There is a scene with a locomotive in the original Dumbo that uses an instrument called the Sonovox that my grandpa Alvino Rey made famous in the 1930s. Every time I saw the film I thought it was him,” Butler wrote. He added: “When we were asked to do the [‘Baby Mine’], I immediately got all of my grandfather’s old guitars and wanted to play them in the song. My mom plays the harp on the track, my brother the theremin, my wife [Chassagne] sings and plays drums, and our son even plays the triangle, as well as the rest of our ‘family’ in Arcade Fire. I will forever relate to the song thinking about the people I hold so dear that are ‘so precious to me.’ Listen for the cameo of my grandpa Alvino’s famous Sonovox at the end.”

Tim Burton’s Dumbo hits theaters on March 29. You can hear a bit of the Arcade Fire’s musical contribution in the teaser trailer below: