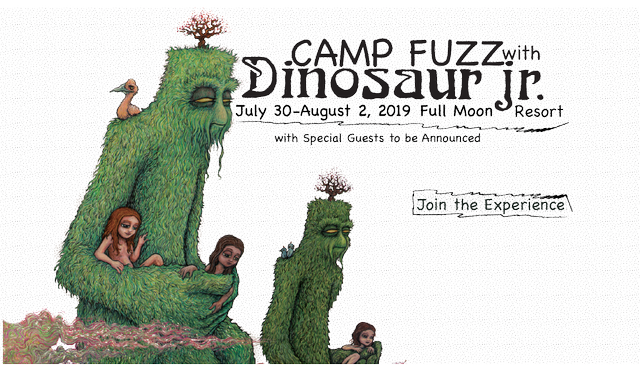 Dinosaur Jr. are hosting a rock camp this summer. The band has just announced that they’ll be running a three-day music event called Camp Fuzz, which will feature instructional sessions with the band members and select special guests as well as performances.

Tickets and more information about the event can be found here. Looks like just a tent costs $1000+ … Hmm, have fun!