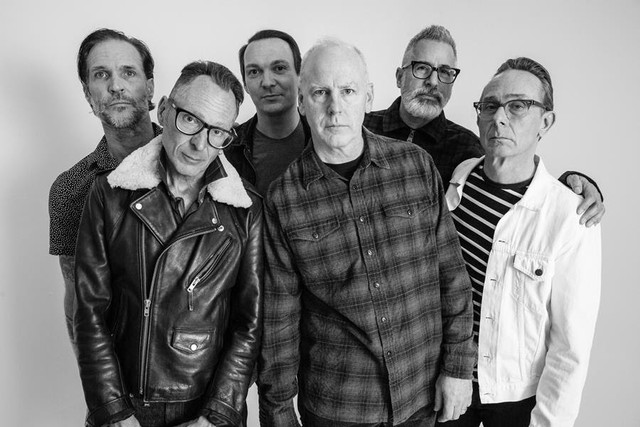 CREDIT: Alice Baxley/Courtesy of The Artist

Later this spring, the great Southern California punk veterans Bad Religion will return with Age Of Unreason, their first album in six years but their 17th overall. If you’ve ever heard a Bad Religion album — or, indeed, if you’ve heard almost anyCalifornia punk album released in the last 30 years — then you pretty much know what to expect here: Pummeling tempos, soaring melodies, vicious hooks, lyrics about the collapse of Western civilization. But Bad Religion, more than any other band, are the ones responsible for that style, and they still do it better than just about all their younger peers.

We’ve already heard the Age Of Unreason tracks “The Profane Rights Of Man” and “Chaos From Within,” and now the band has also shared a real ripper called “Do The Paranoid Style.” It’s built on a rocketing, tumbling drumbeat, and it urgently, feverishly describes the ways that right-wing politicians have sought to recast any sort of resistance as anti-American sedition, recasting that whole thing as a dance craze: “So shake off reality, it’s easy as you please / Soon everyone is dancing con-spir-a-tor-i-a-lly.”

Of the new song, guitarist Brett Gurewitz says, “When fringe groups blame shadowy forces for their problems it is, at worst, delusional. But when those holding the levers of power do the same thing, it’s not delusion, it’s a method of delegitimizing the opposition. It’s a tool of authoritarianism.” Check the song out below.

Age Of Unreason is out 5/3 on Epitaph.