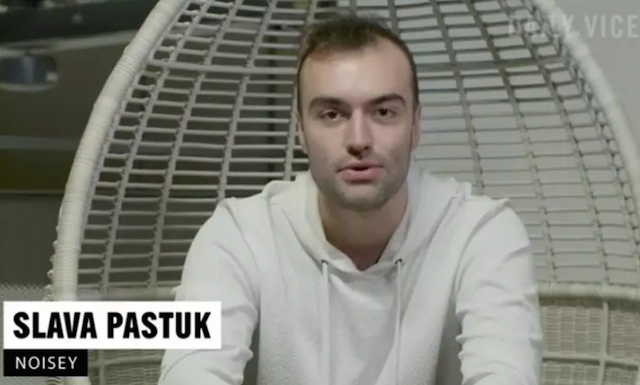 A former editor for Vice’s music site Noisey has been arrested in Canada and charged with conspiracy to import cocaine into Australia. Yaroslav Pastukhov, professionally known as Slava Pastuk (a.k.a. Slava P), was arrested by federal police on January 31 in Montreal, where he was living under an alias, according to a law enforcement press release. Pastukhov’s first court hearing was scheduled for this morning in Toronto, according to public records.

Pastukhov, who worked as an editor of Noisey Canada from early 2014 until February 2016, was previously accused of attempting to recruit Vice employees and contractors to bring luggage lined with cocaine on flights from Toronto to Las Vegas and Las Vegas to Australia in exchange for $10,000 upon their return. Former co-workers said Pastukhov used the company’s internal chat program Slack to initiate the recruitment.

Five individuals, including Pastukhov’s roommate at the time, ultimately accepted the offer, some reportedly under threats of violence. They were arrested in December 2015 after landing in Sydney, where officials allegedly discovered nearly 40 kilograms of cocaine hidden inside their checked bags. Four of the couriers pleaded guilty and were sentenced to several years in prison.

An alleged Pastukhov co-conspirator named Ali Lalji has also been arrested and charged with the same crime; his first court hearing is scheduled on Wednesday. Spin has contacted Pastukhov for comment and we will update this post if he responds.

Correction: An earlier version of this post stated that none of the convicted smugglers were Vice employees; in fact, one person was a former Vice intern.

The Black Keys’ Patrick Carney Was Rude About Lady Gaga’s “Perfect Illusion,” Which Is a Fine Song