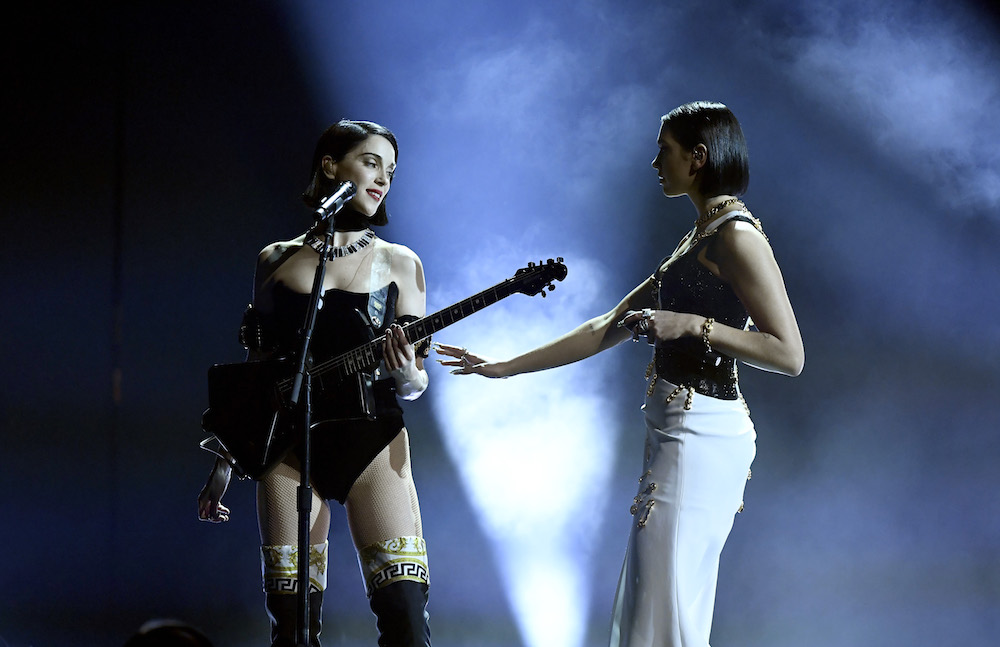 St. Vincent and Dua Lipa performed together for the first time at tonight’s Grammy Awards, delivering a medley of “MASSEDUCTION,” “R-E-S-P-E-C-T,” and “One Kiss.”

Both artists are up for awards tonight, with St. Vincent nominated in the Best Rock Album and Best Rock Songs categories for Masseduction and its title track, and Dua Lipa up for Best New Artist and Best Dance Recording for her song “Electricity” with Diplo and Mark Ronson (who’s also nominated for his work on Lady Gaga and Bradley Cooper’s “Shallow”). “Electricity” came in at No. 53 on Spin’s list of the best 101 songs of 2018.

In addition to releasing Masseduction last year, St. Vincent also dropped a companion album titled Masseducation, featuring reworked piano versions of Masseduction tracks. Both artists are set for a big 2019: St. Vincent recently revealed that she’ll be producing new music from Sleater Kinney, though details regarding that collaboration are scarce. Dua Lipa is due for a new album, and has said she plans to release one before the end of the year. It would be Dua Lipa’s second full-length release, following her self-titled 2017 debut.

Expect to hear more from both artists later in the year. Watch a clip from St. Vincent and Dua Lipa’s performance at the 61st Grammy Awards below.