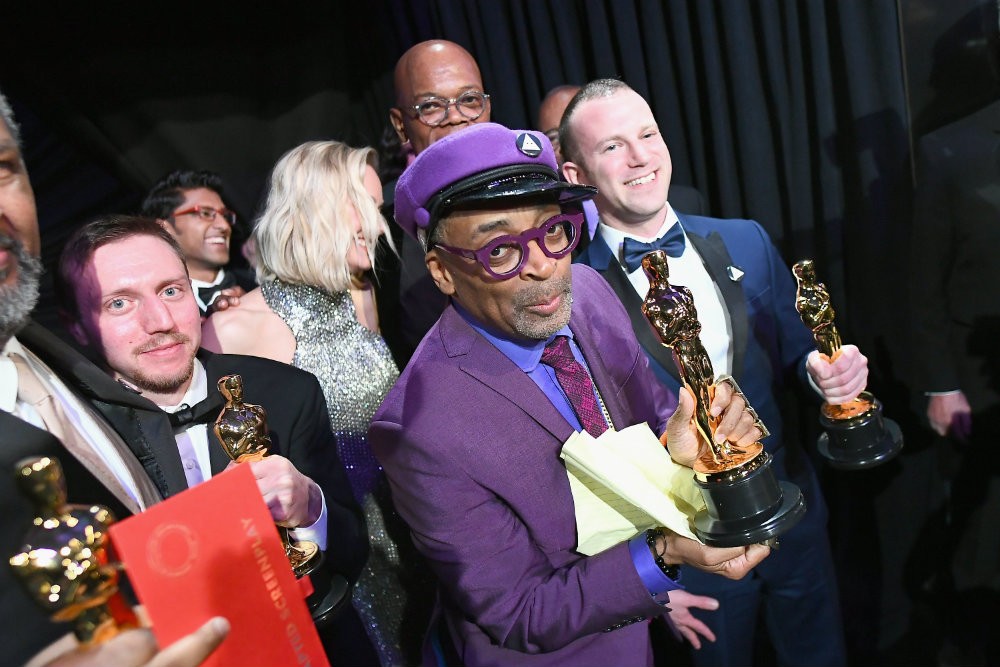 Last night, Spike Lee won the Best Adapted Screenplay Oscar for his work on Blackkklansman, a film adapted from the memoir of a black police detective who infiltrated the Ku Klux Klan in the ’70s. Blackkklansman later lost the Best Picture Oscar to the Peter Farrelly film Green Book, a controversial movie criticized for trafficking in white savior tropes while depicting an interracial friendship between a working class Italian driver and and famed jazz pianist Don Shirley.

When Green Book won Best Picture, Deadline reported that Lee got up and stormed to the back of the Dolby Theatre auditorium in a huff before eventually returning to his seat. The Associated Press also reported that Lee tried to leave the auditorium, adding that the director “was visibly angry” and “waving his arms in disgust.”

A delightfully sauced Lee shared his criticism of Green Book with reporters backstage following the awards, at one point taking a dramatic swig of champagne in response to a journalist’s question about the Best Picture winner.

“Let me take another sip,” Lee said before stifling a giggle fit, and shouting “Next question!” into the mic.

Asked about “Green Book,” Spike Lee decided it was time for more champagne.

While talking to reporters, Lee referenced his groundbreaking film Do the Right Thing’s snub at the 1989 Oscars, when the Best Picture statue went to Driving Miss Daisy.

“This is my sixth glass and you know why,” Lee told reporters while holding up a glass of champagne. “I’m snake-bit. Every time someone is driving somebody I lose. But in ’89 I didn’t get nominated, so.”

Lee explained his reaction to Green Book’s win by joking that he thought he “was courtside at the Garden and the ref made a bad call” at a Knicks game.

But perhaps Lee’s best reaction of the night came when two British reporters asked if there’s “something about Green Book that offends” him. Just watch:

Interviewer: is there something about Green Book that offends you?