Solange Announces New Album When I Get Home, Shares Tracklist 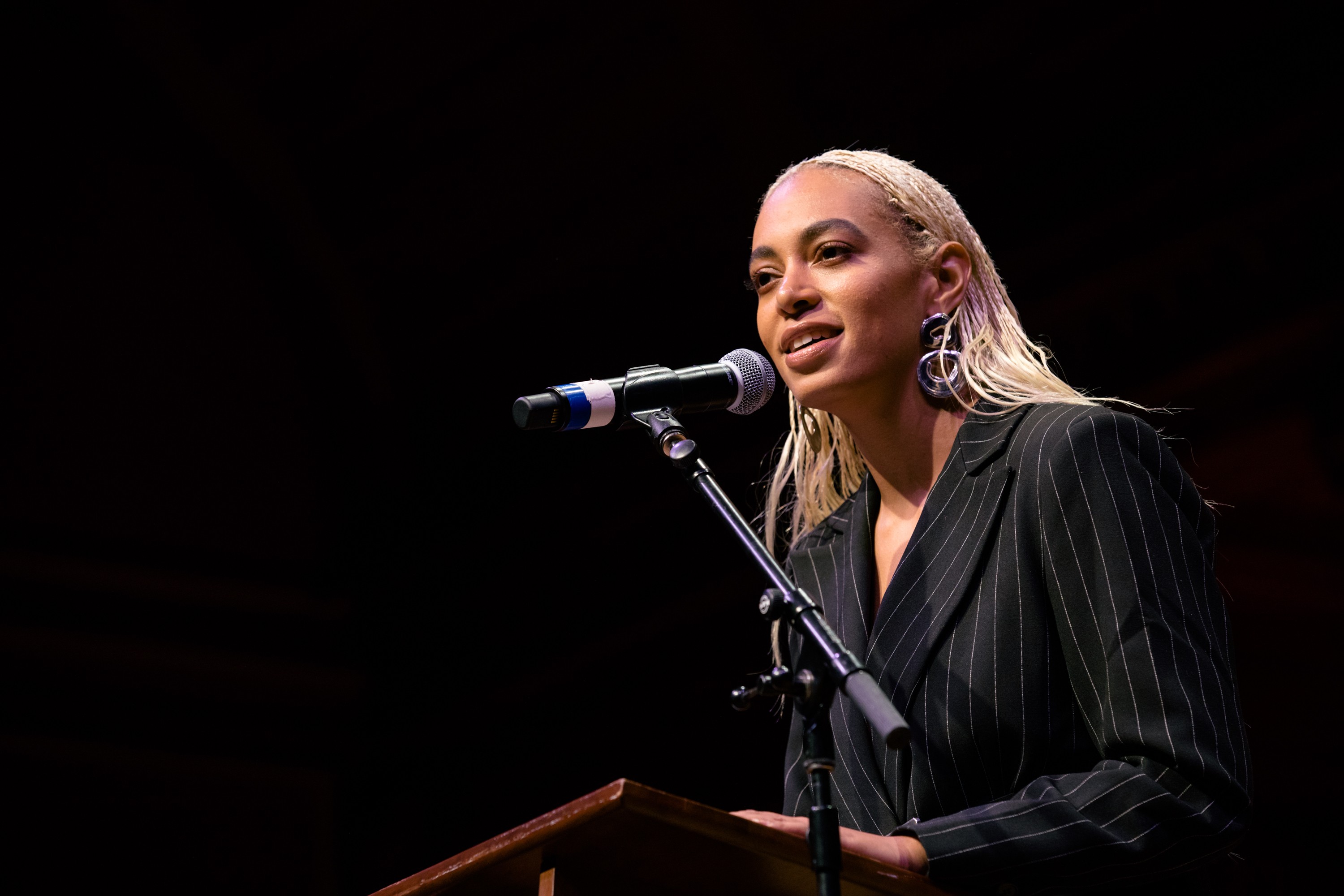 Solange has announced in a tweet that her fourth album, entitled When I Get Home, will be released tonight. The singer shared what appears to be the project’s tracklist earlier today. The announcement follows Solange’s return to the public eye on Tuesday when she unveiled a set of images and text snippets on a newly launched BlackPlanet profile.

Last October, Solange spoke about the project with The New York Times. “There is lot of jazz at the core,” she said. “But with electronic and hip-hop drum and bass because I want it to bang and make your trunk rattle.” The LP will be her first since 2016’s critically acclaimed A Seat at the Table. Since then, Solange has presented the performance art piece “Metatronia (Metatron’s Cube)” at the Hammer Museum in Los Angeles and directed SZA’s video for “The Weekend.”

View Solange’s When I Get Home cover and tracklist below.

“When I Get Home”
out midnight 2night 🖤🖤 pic.twitter.com/D1xCnOBZN8