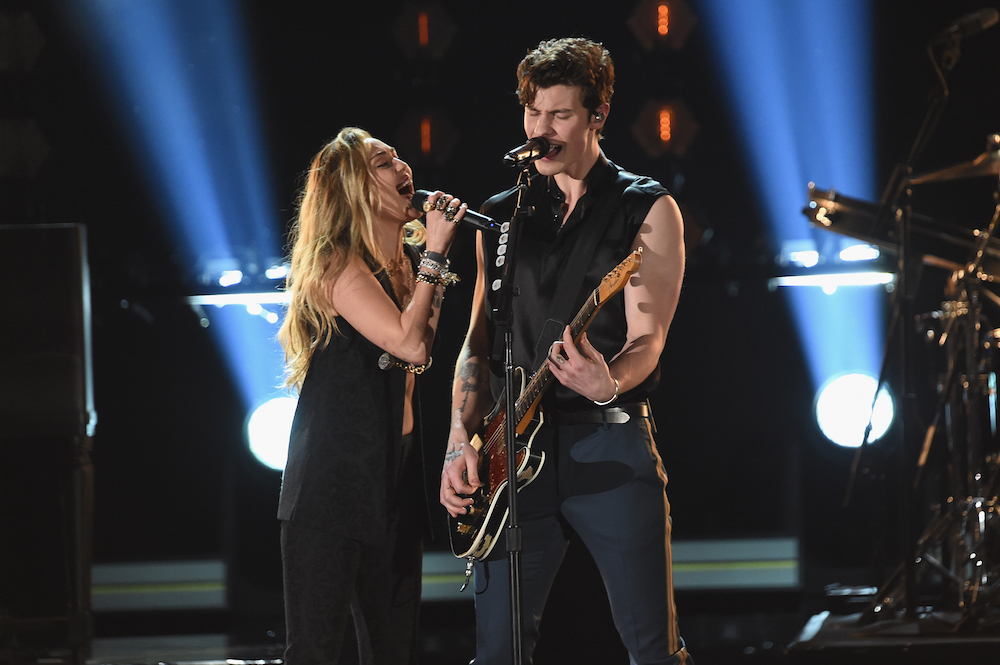 Shawn Mendes had a busy Grammys weekend. After paying tribute to Dolly Parton at the Recording Academy’s annual MusiCares benefit gala on Friday, Mendes took the Staples Center stage tonight to perform his chart-topping single “In My Blood” with Miley Cyrus. The song was nominated for Song of the Year, while Mendes’ self-titled third album was nominated for Best Pop Vocal Album—the first two Grammy nominations of the Vine sensation-turned-pop star’s increasingly massive career.

Shawn Mendes (the album) debuted at No. 1 last May. “In My Blood,” for its part, co-written by Teddy Geiger, Geoff Warburton, and Scott Harris, peaked at No. 11. Mendes previously performed the song at last year’s MTV Video Music Awards and at New York’s Global Citizen Festival, where he was joined by John Legend. We however preferred the album’s second single, “Lost in Japan,” which landed quite high on Spin’s 101 Best Songs of 2018. Mendes launches a world tour behind his latest album in March that will keep him on the road until December; tickets and the full schedule are available here.

Watch a clip of Mendes and Cyrus’s Grammys performance of “In My Blood” below.