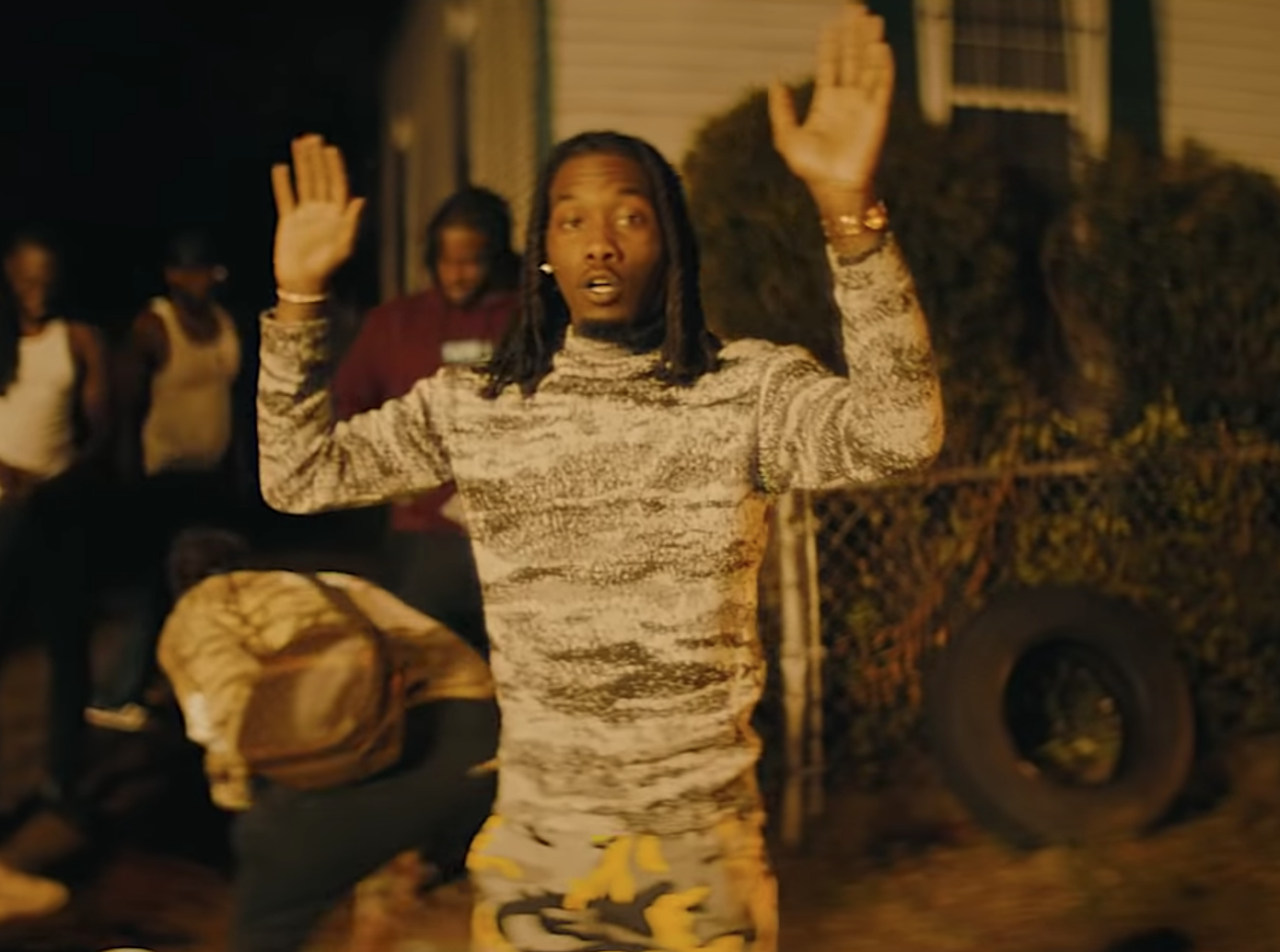 Offset and Cardi B are back together, though it feels like they just split up. Crass and selfish grand romantic gestures work, we are forced to believe. The sudden reconciliation is enough to encourage conspiracy theories: Was the estrangement an elaborately orchestrated stunt? Was Offset’s bid for Cardi’s forgiveness a cynical, career-oriented move on his part? Do people ever really change?

Whatever else is true, the Migos rapper announced the release date for his first solo album, which was delayed in the midst of the Cardi scandal, shortly after his PR problem disappeared. On the day of the Grammys (at which he appeared onstage with Cardi), Offset announced the project’s February 22 release date, with a video of Cardi giving birth to their daughter Kulture.

Now, “Red Room,” the first single from Offset’s as-of-yet-untitled solo debut, is actually here. (The rapper originally posted the song to streaming services in November, but it was removed hours later.) Directed by Aisultan Seitov, the action-packed video that dramatizes scenes in the song, capturing them with constantly swiveling camerawork. Offset, appropriately, also raps in a red room, but no Twin Peaks nods here, folks. The song, meanwhile, doesn’t revolutionize the typical Migos musical formula very much.

Offset’s Migos colleagues Quavo and Takeoff released their own solo debuts in October and November of last year, respectively. Migos’ last album, Culture II, was released in January of 2018; their newest single, “Position to Win,” was released last week. Watch the video for “Red Room” below.