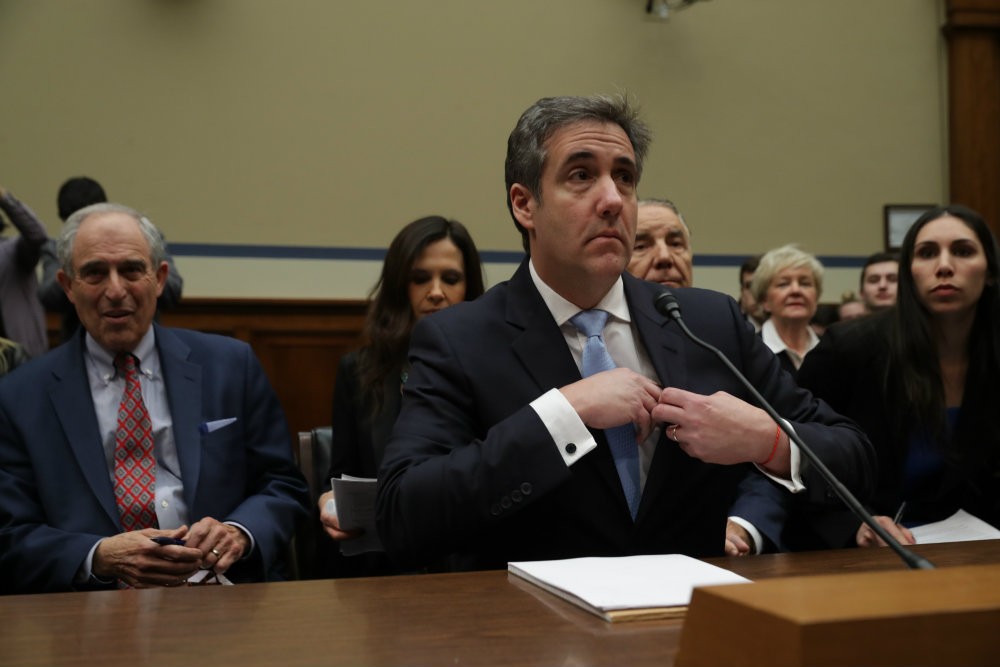 In the prepared statement, Cohen mentioned a suspicious exchange between Trump and Trump Jr. that Cohen believed was related to the notorious June 2016 Trump Tower meeting when Junior invited a Russian intelligence operative over to his office to discuss potential dirt on Hillary Clinton. From Cohen’s prepared statement:

Sometime in the summer of 2017, I read all over the media that there had been a meeting in Trump Tower in June 2016 involving Don Jr. and others from the campaign with Russians, including a representative of the Russian government, and an email setting up the meeting with the subject line, “Dirt on Hillary Clinton.” Something clicked in my mind. I remember being in the room with Mr. Trump, probably in early June 2016, when something peculiar happened. Don Jr. came into the room and walked behind his father’s desk – which in itself was unusual. People didn’t just walk behind Mr. Trump’s desk to talk to him. I recalled Don Jr. leaning over to his father and speaking in a low voice, which I could clearly hear, and saying: “The meeting is all set.” I remember Mr. Trump saying, “Ok good…let me know.”

It’s telling that Cohen thought it was odd that Trump Jr. was allowed to get in close proximity with his dad, completely unprompted. Cohen’s statement continues (emphasis ours):

What struck me as I looked back and thought about that exchange between Don Jr. and his father was, first, that Mr. Trump had frequently told me and others that his son Don Jr. had the worst judgment of anyone in the world. And also, that Don Jr. would never set up any meeting of any significance alone – and certainly not without checking with his father.

Cohen’s characterization of the relationship between the president and his son tracks with a passage from Michael Wolff’s Fire and Fury tell-all that claimed Trump got a perverse joy in pointing out that his adult sons are complete morons.

It’s one thing to get roasted by your dad in a trashy tell-all, but watching as someone testifies to Congress that your dad thinks you’re a complete dipshit is a whole new low.