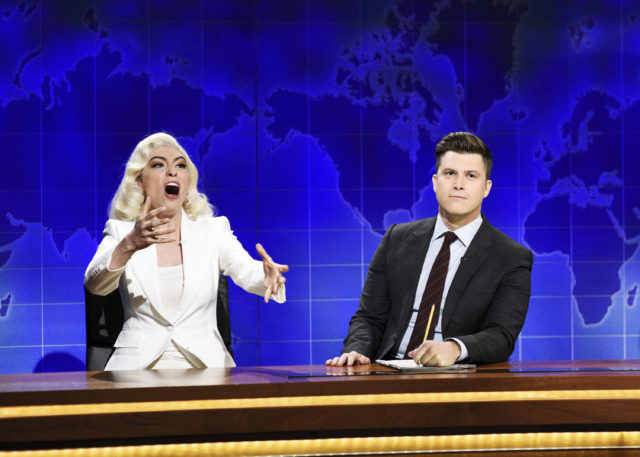 On last night’s episode of Saturday Night Live, Melissa Villaseñor appeared on Weekend Update wearing a white suit and blond wig for her “famous Grammy preview.” She was dressed as Lady Gaga, of course, but insisted the outfit was for all the “Melissa Monsters” out there and that she was “born this way.” “I heard this song for the first time this morning,” she said before launching into a dramatic rendition of the A Star Is Born hit “Shallow.”

Kyle Mooney joined in as Bradley Cooper. “This is great, but I don’t think we can afford the rights to perform ‘Shallow’ on the show,” Colin Jost said. “Shallow” has already won the Grammy for Best Song Written For Visual Media. The award show is tonight, where it will be up for Record Of The Year, Song Of The Year, and Pop Duo/Group Performance. Check out Villaseñor’s Gaga below.