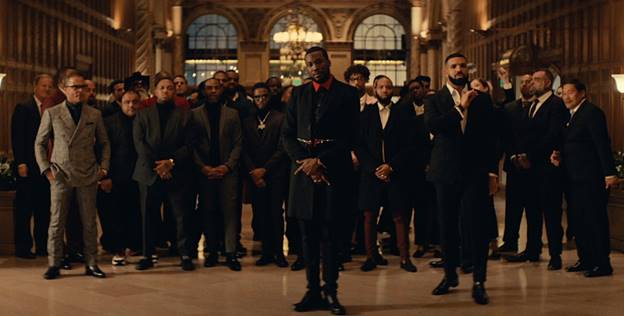 Meek Mill and Drake continue to share their return to friendship with the world in the wake of ending their tumultuous beef that began in 2015. Today, Meek unveiled a new Kid Art-directed video for the Drake-assisted single “Going Bad,” and it’s a giant party, with the two rappers joined by a list of notable faces including Swizz Beatz, T.I., Nipsey Hustle, DJ Mustard, J Prince, Jas Prince, and Shy Glizzy. Truly, all the boys are back in town. The bravado-heavy track gets a posturing visual that seems to languish in excess and doing wealthy people things like betting on horses, smoking cigars, and crashing expensive cars recklessly.

The new video is the latest release from Meek Mill’s chart-topping album Championships, which came out late last year after Meek was released from prison. He also announced the “Motivation Tour,” which starts later this month and has toured media outlets to advocate for criminal justice reform, focusing in particular on the unjust structural quirks of the probation system.

Meek’s legal team is still fighting for a retrial in his original 2008 case for allegedly brandishing a weapon at a police officer, though repeated attempts to remove the ethically controversial judge overseeing his probation have been denied. Watch the video for “Going Bad” below.