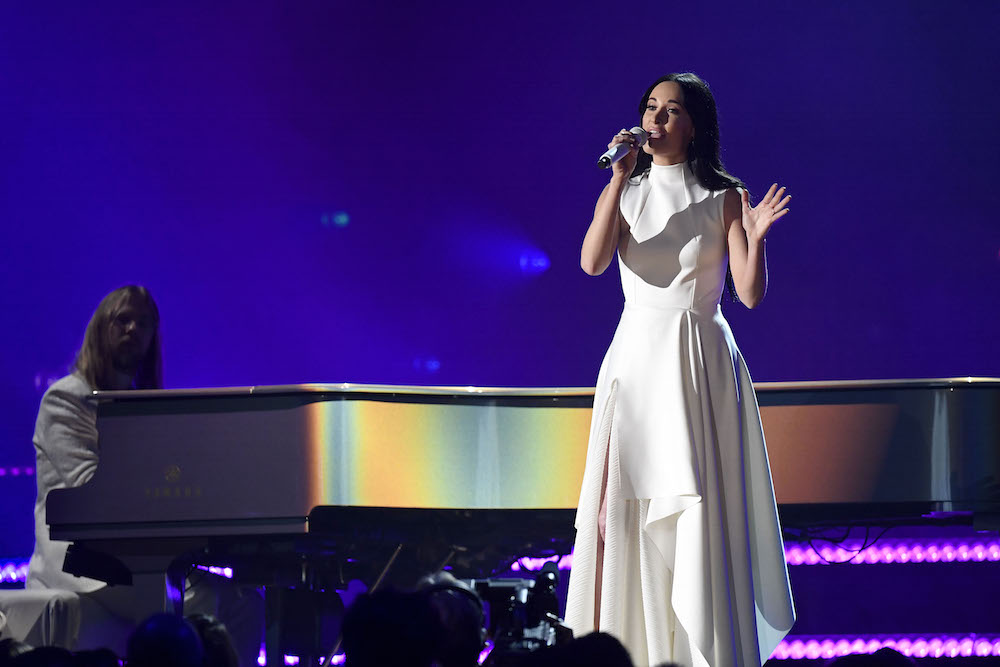 Kacey Musgraves capped off a major 12 months tonight at the Grammys, performing “Rainbow,” off of her acclaimed recent album Golden Hour. That album was heavily recognized by the Recording Academy, which awarded it Best Country Album and nominated it for Album of the Year.

Those nominations are major recognitions for Musgraves, of course, but also the last in a very long line of them. The immaculately produced and extremely lush Golden Hour clocked in as Spin’s No. 3 album of the year, and recently won this year’s edition of the famed Pazz & Jop Critic’s Poll, handily beating Janelle Monáe’s Dirty Computer. Even Pitchfork, which has traditionally been reluctant to approach mainstream country, called Golden Hour the second best album of 2018.

Musgraves is currently out on her “Oh, What a World: Tour,” which itself takes its name from a perfectly shimmering song that comes halfway through Golden Hour. She will be on the road for most of this year, embarking on a late summer leg of the tour across the American midwest and south after a requisite spin through the festival circuit.

You can watch a clip from her 2019 Grammys performance of “Rainbow” below.