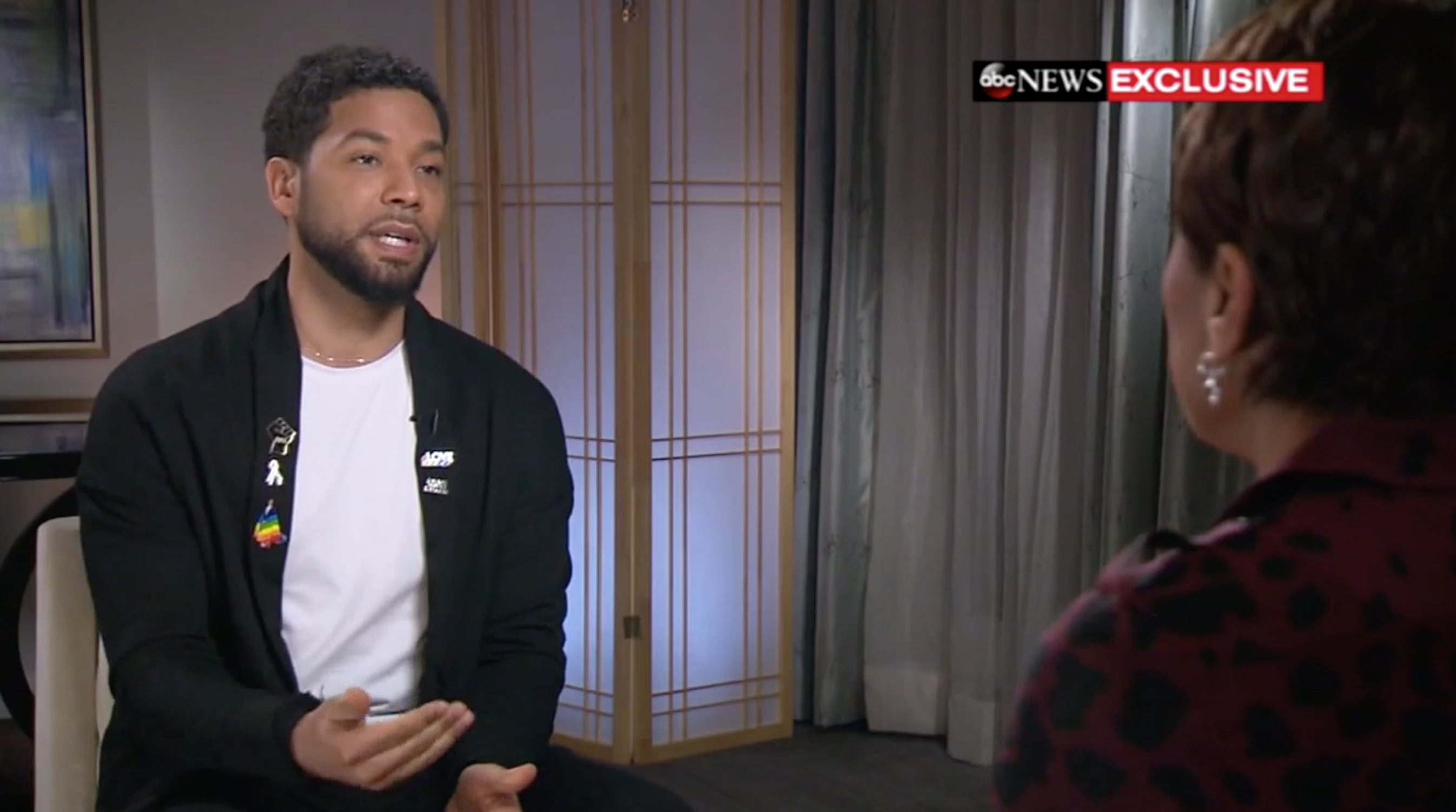 Empire’s Jussie Smollett gave an interview to Good Morning America that aired this morning, marking the first television interview the actor has given since he was brutally attacked in Chicago last month in an apparent hate crime. The segment includes a blow-by-blow description of Smollett’s recollection of the attack, including one attacker’s declaration of “MAGA country,” his own retaliation after being punched, and the actor’s delayed realization that the assailants had put a rope around his neck. Smollett confirmed that the surveillance images the police obtained of the potential perpetrators squared with his recollection of their appearance.

He also refuted claims that he had told authorities the assailants were wearing Make American Great Again hats. “”I never said that,” he said. “I didn’t need to add anything like that. They called me a f****t, they called me a n****r. There’s no which way you cut it. I don’t need some MAGA hat as the cherry on some racist sundae.”

“I’m pissed off. It’s the attackers, but it’s also the attacks,” he began. Later, he responded to those who have expressed doubt about his account of the events. “It feels like if I had said it was a Muslim, or a Mexican, or someone black, I feel like the doubters would have supported me much more. A lot more,” he said. “And that says a lot about the place that we are in our country right now.”

In his first public statement since the attacks earlier this month, Smollett explained that he had been “working with the authories and have been 100% factual and consistent on every level.” He continued: “As my family stated, these types of cowardly attacks are happening to my sisters, brothers and non-gender conforming siblings daily. I am not and should not be looked upon as an isolated incident.” Prior to Smollett’s note, his family released a statement calling the attack an act of “domestic terrorism.”