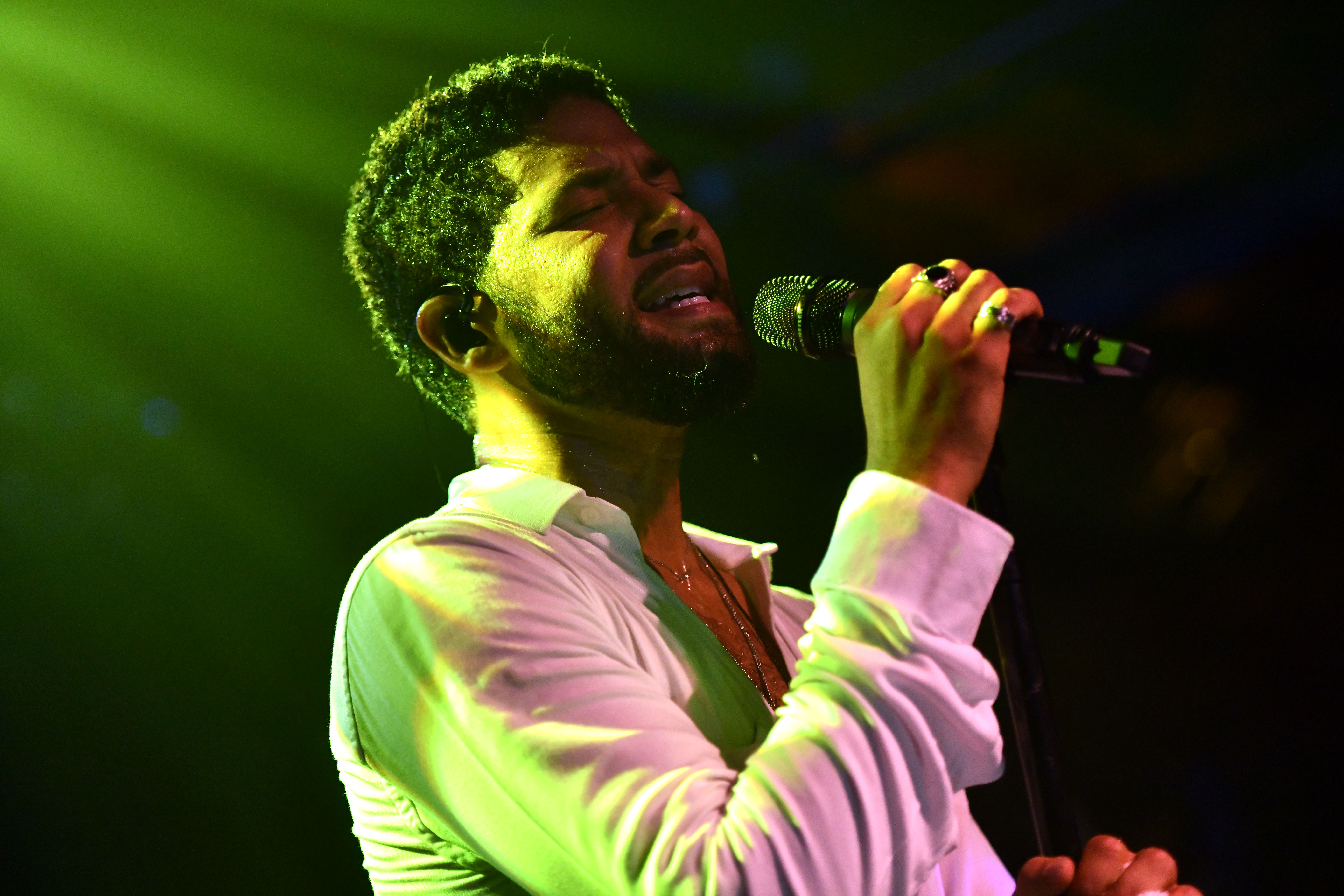 Police are investigating an alternate theory in the attack on Empire actor Jussie Smollett, and looking into whether it was “potentially staged,” ABC Chicago reported Thursday.

“Multiple sources tell @ABC7Chicago Eyewitness News Jussie Smollet and the 2 men who are being questioned by police staged the attack – allegedly because his character was being written out of the show Empire,” the network’s reporter Rob Elgas tweeted.

20th Century Fox released the following statement, disputing the report, shortly after: “The idea that Jussie Smollett has been, or would be, written off of EMPIRE is patently ridiculous. He remains a core player on this very successful series and we continue to stand behind him.”

This news also comes after a report by CBS Chicago said the police raided the home of two persons of interest in the attack on Wednesday night. The local news outlet reports that both men are of Nigerian descent and have appeared as extras on the show.

CBS Chicago reporter Charles De Mar tweeted on Thursday that he “asked family why they think police picked the two brothers up for questioning and they replied by saying the men left for #Nigeria the day of the attack.”

The report also claims that police took bleach, shoes, electronics and other items from the home and that Smollett was questioned on Thursday as well.

Not long after, Chicago Police spokesman Anthony Guglielmi wrote on Twitter, “Media reports anout the Empire incident being a hoax are unconfirmed by case detectives. Supt Eddie Johnson has contacted @ABC7Chicago to state on the record that we have no evidence to support their reporting and their supposed CPD sources are uninformed and inaccurate.”

The Hollywood Reporter has reached out to Chicago police for comment.

The news comes after Chicago police earlier on Thursday announced they had identified and were questioning two persons of interest in the attack, which Smollett said occurred in the early morning hours of Jan. 29 by two assailants who yelled racist and homophobic language before and during the beating.

“The people of interest are alleged to be in the area where a crime was reported,” Chicago police spokesman Anthony Guglielmi said Thursday. “They are not considered suspects at this time as they are currently being questioned by detectives. We remain in communication with the alleged victim.”

The actor also told police at the time that his attackers yelled pro-“Make America Great Again” (MAGA) comments during the attack, such as declaring Chicago “MAGA country.” According to a police report, a chemical substance was poured on Smollett’s face and a rope was placed around his neck.

In a sitdown interview that aired on Good Morning America on Thursday, Smollett addressed rumors about the incident, and said that he fought back against his attackers.

“For me, the main thing was the idea that I somehow switched up my story, you know? And that somehow maybe I added a little extra trinket, you know, of the MAGA thing,” Smollett said. “I didn’t need to add anything like that. They called me a f—-, they called me a n—-. There’s no which way you cut it. I don’t need some MAGA hat as the cherry on top of some racist sundae.”