The Bullied Trump Child Fell Asleep During the SOTU 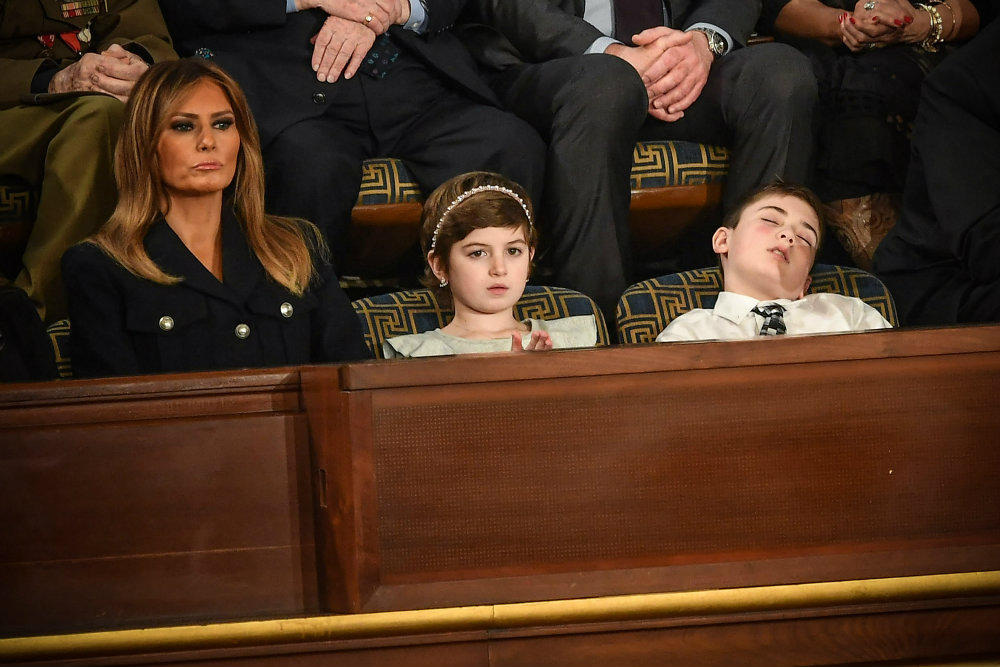 Grade school student Joshua Trump seemed to be setting himself up for a lifetime of swirlies and atomic wedgies when he accepted First Lady Melania Trump’s invitation to attend President Trump’s State of the Union address on the grounds that he’s been a victim of bullying because of his last name. If the 11-year old from Delaware was getting teased because he shares a name with the president, then being seen on national television clapping along as the elder Trump sniffed and slurred his way through an 82-minute speech wasn’t going to help his case. Fortunately for young Joshua, he wisely passed out during part of the screed, during which the president denounced socialism, derided immigrants, and made the case for a useless Southern border wall that he now describes as “a smart, strategic, see-through steel barrier.”

It’s hard to pinpoint exactly when the young Trump fell asleep, but several cutaway shots captured him fully unconscious with his head titled back and his mouth in agape, fly-catching mode. The kid didn’t so much as stir as people around him clapped in thunderous applause.

According to the bio posted by the White House, the sixth grader “appreciates science, art, and history. He also loves animals and hopes to pursue a related career in the future.” He was invited to the White House as part of the first lady’s nebulous anti-bullying and maybe anti-opioid abuse Be Best initiative. The president and first lady’s SOTU guests typically represent a policy or issue that their administration prioritizes in the coming year. Apparently, the first family was trying to send the message that people should stop “bullying” President Trump, only to have their sleepy child prop embarrass them on national television, in front of an audience of millions.

Joshua’s classmates better be ready to hail their new king once he returns to class.