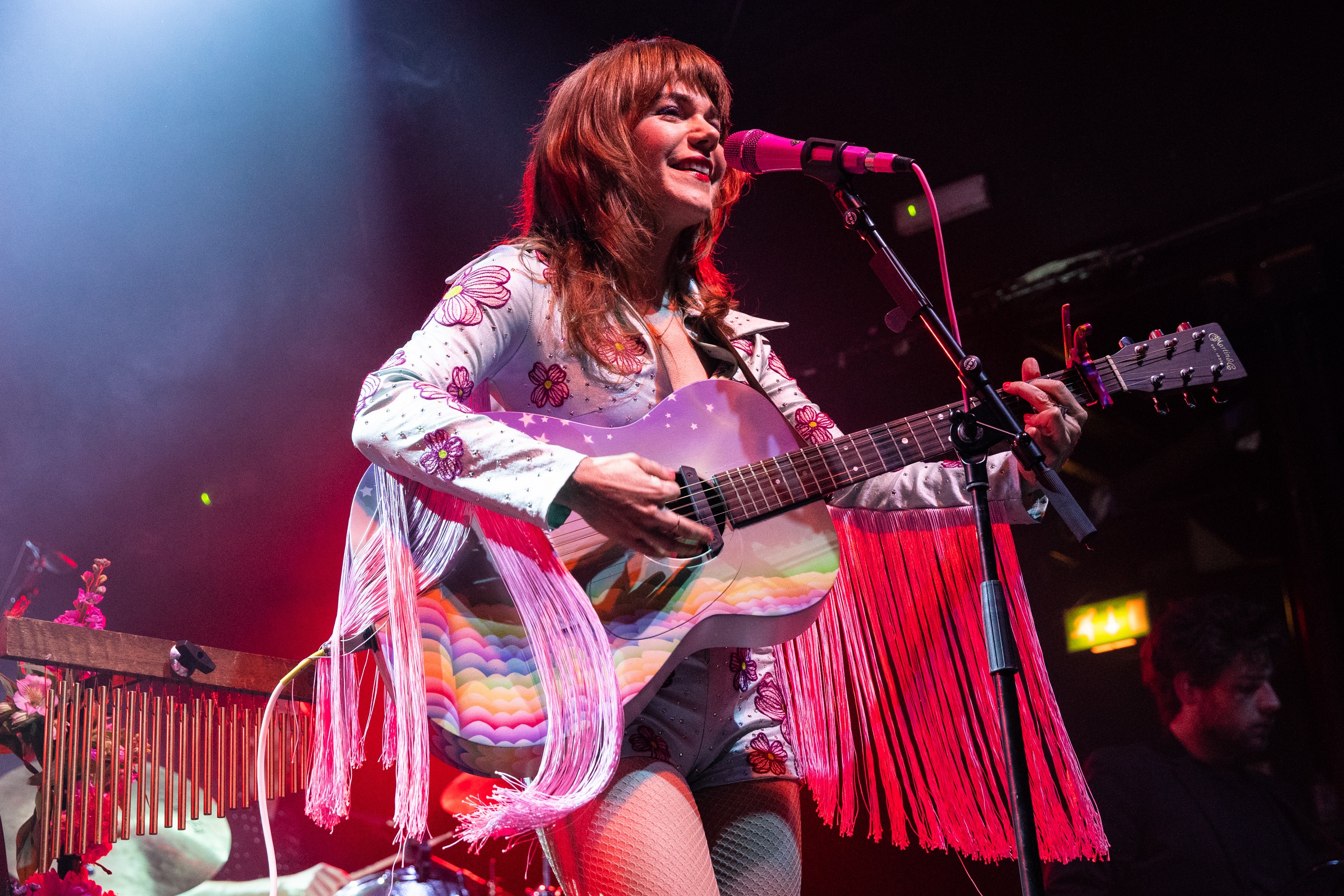 Jenny Lewis new album On the Line is set to arrive this spring, and in the buildup to the LP, the former Rilo Kiley songwriter released a new single called “Red Bull & Hennessy.” Lewis has performed the song live as far back as 2016, and now she brought it to the Chris Thile-hosted show Live From Here, as Stereogum points out. Backed by massive band including Dylan Day, Sara Watkins, Mike Elizondo, Jeff Babko, Chris Eldridge, Trevor Lawrence Jr., and Gabe Witcher, the vocalist sang about cutting loose on the substances of the song’s title, with a melismatic finish to rival all of her best recent live performances.

On the Line follows Lewis’ 2014 The Voyager and was announced with a North American tour kicking off in March. Last month, she revealed the album art and tracklist for the release, which includes guest appearances from Beck, Ryan Adams, Ringo Starr, and Tom Petty band member Benmonth Tench. Watch her Live From Here performance below.