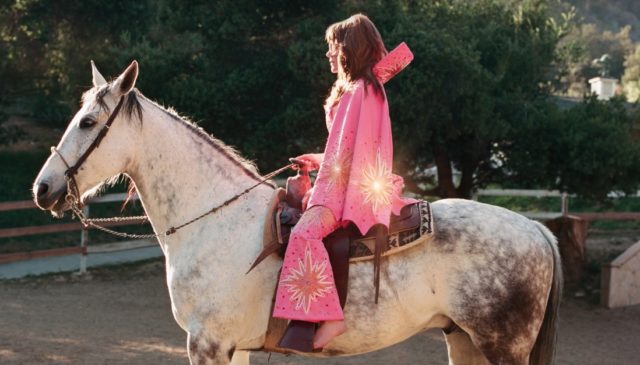 We’ve been waiting a long time for some new Jenny Lewis, and we’re finally getting it. Next month, the former Rilo Kiley leader will release On The Line, her follow-up to 2014’s The Voyager. Five years is a long time to wait, and Jenny Lewis has been working on her new songs for a while; they’ve been live-set staples. But now we’re finally getting to hear the studio versions.

Lewis has already shared “Red Bull & Hennessy,” the album’s first single, and now she’s also letting us hear the album opener “Heads Gonna Roll.” She’s been singing that song for a long time, and she included it in a Prairie Home Companion performance two years ago. But it’s still very cool to hear the sparkling studio version.

“Heads Gonna Roll” is a knowing, incisive triumph of old-school singer-songwriter pop. And the lyrics are vintage Jenny Lewis, specific and evocative and glamorous: “Took a little trip up north in a borrowed convertible red Porsche with a narcoleptic poet from Duluth / And we disagreed about everything from Elliott Smith to Grenadine / He fell asleep, and I put up the roof.”